"Which Side Are You On" 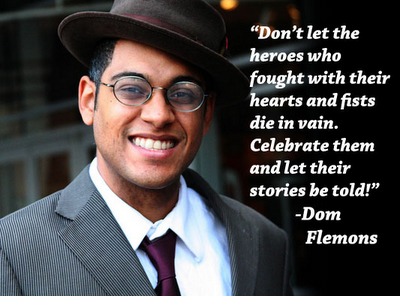 Photo is of Dom Flemons of the Carolina Chocolate Drops from the promotion for the crowdsource- funded Blair Pathways project.  This post was first published on July 7, 2012 at 6:58 p.m.

I was happy to see that Blue Ridge PBS had a video up on its website on the Music of Coal.  Wonder if Alpha and Dominion knew the CD project includes co-producer Jack Wright performing Bill Edd Wheeler's anthem "You Can't Put it Back."  Or maybe they did.  That song wasn't highlighted in the video.

I was glad that the video included "Which Side Are You On." Of course these days, the United Mine Workers sides with Alpha and Dominion on all issues regarding coal that I can think of, except deaths in deep mining accidents such as Sago and Upper Big Branch.

Increasingly conservatives attack public funding for public medium, driving a growing need for alternative funding.  Part of this funding is in the form of Corporate "Underwriting."  I've got to wonder, looking at WV Public Broadcasting's coverage of the delivery of aid in the after effects of the Derecho, if such funding affects coverage of issues with political implication.

Despite attacks for liberal bias, legacy media embraces "neutrality" rather than transparency.  But is anyone really neutral?
Posted by Beth Wellington at 6:58 PM