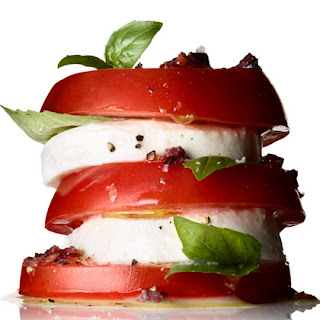 The farm share for Glade Road Growing for the week of September 29 will include tomatoes.  With fall coming on, I thought I would include a recipe for one of my favorite salads before it's too late for this year.

Insalta Caprese ("Salad of Capri") is said, by some, to mirror the colors of the Italian flag.  Others accord that honor to Insalata Tricolore, which adds arugula. Caprese is traditionally served as an antipasto. While some demand summer tomatoes grown in the mineral rich soil near Vesuvius, tomatoes from our local farm will do quite nicely.

2.  Cut three medium tomatoes into four 1/4-inch-thick slices.  Cut one eight ounce ball of fresh mozzarella (traditionally buffalo mozzarella) into eight 1/4-inch-thick slices.  Wash 16 fresh basil leaves and pat dry.  Place a slice of tomato on each of 4 small plates; sprinkle lightly with kosher salt and fresh ground pepper. Top each with a slice of mozzarella, then a basil leaf. Repeat layering one more time. Top each stack with a slice of tomato and garnish with basil leaves. 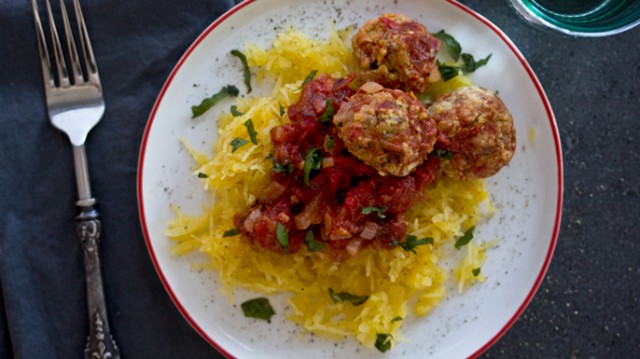 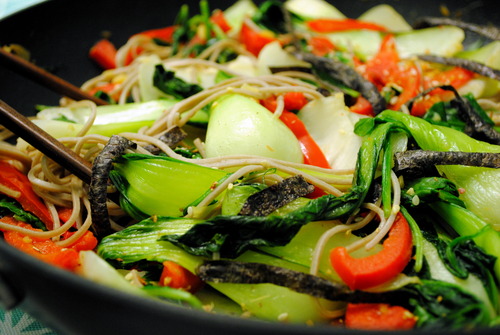 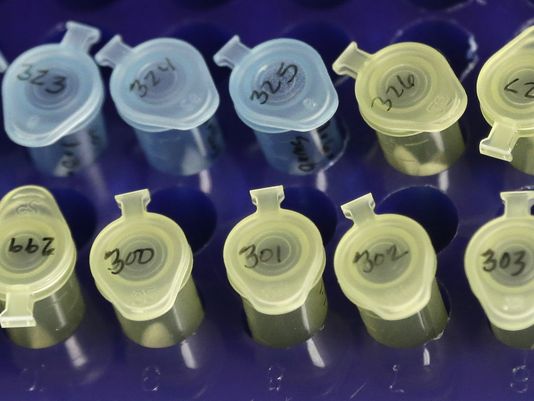 There are those who say that government has no role in solving our problems, that journalism is a watchdog that has lost its teeth. But in New York City, when officials began testing every rape kit, the arrest rate for rape jumped from 40% to 70%. In Cleveland, Rachel Dissell's six years of rape kit reporting has helped to convict 100 rapists. Twenty-seven states is a good start. If this proves to work, how about fifty?
Posted by Beth Wellington at 8:00 PM
Every 107 seconds: Why Every Rape Kit Should Be Tested
2015-09-11T20:00:00-04:00
Beth Wellington
federal funding|journalism|Rachel Dissell|rape kits|
Comments

Living on Almost Nothing 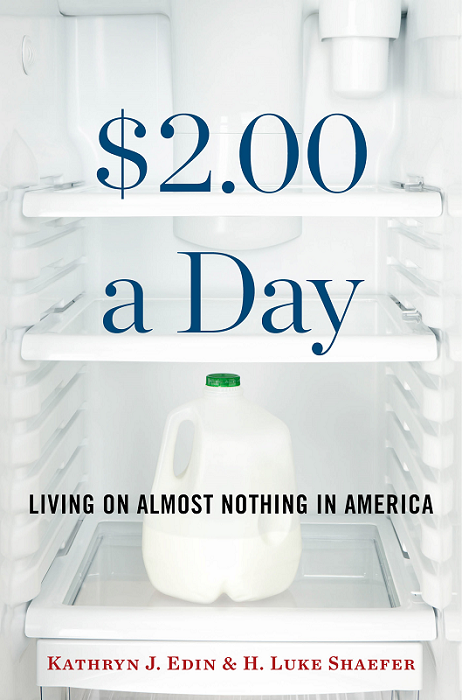 A conversation with the authors on September 9 live broadcast from 9:30 AM to 11:30 AM (EDT) at Georgetown University in Washington, DC, sponsored by the Georgetown Center on Poverty and Inequality and the Center on Budget and Policy Priorities.

Email ThisBlogThis!Share to TwitterShare to FacebookShare to Pinterest
Labels: $2.00 a Day: Living on Almost Nothing in America, Kathryn Edlin, Luke Shaefer, social justice 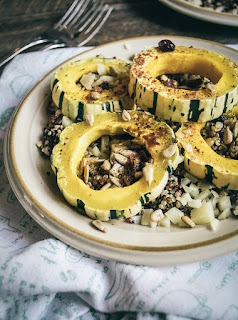 Sally tells me the farm share for Glade Road Growing for September 8 will include:  2 delicata squash, a red onion, lettuce mix, a sweet pepper, a banana pepper and possibly 1 or two small tomatoes.

Delicata squash is a winter squash that is much easier to slice than butternuts or hubbards!

2.  In a covered saucepan, bring one cup of quinoa to a boil in 2 cups of water.  Drain water and rinse.  Add a scant 2 cups of water and bring to a boil a second time.  Simmer for five minutes and then turn off heat and let continue cooking until water in absorbed.

3.  While the quinoa is cooking, coarsely chop the red pepper and red onion and saute in a cast iron skillet.

4.  Also slice the delicata squash into ½" rings, discarding the ends and seeds from middle. Lay them flat, in single layer, on baking sheet(s) and sprinkle with one 1 tablespoon of demerara sugar.  Bake for 10 minutes, then flip each piece over and bake additional 5 minutes, or until tender and cooked to your liking. 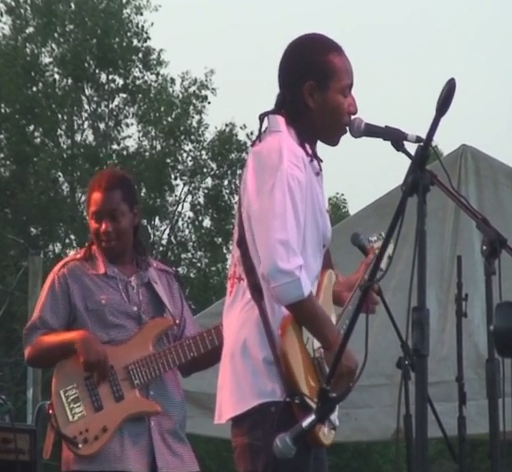 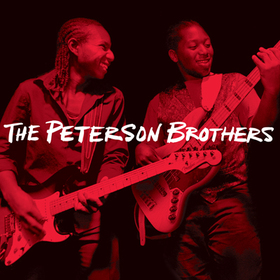