THIS IS WHAT I WANT TO TELL YOU by E. Ethelbert Miller 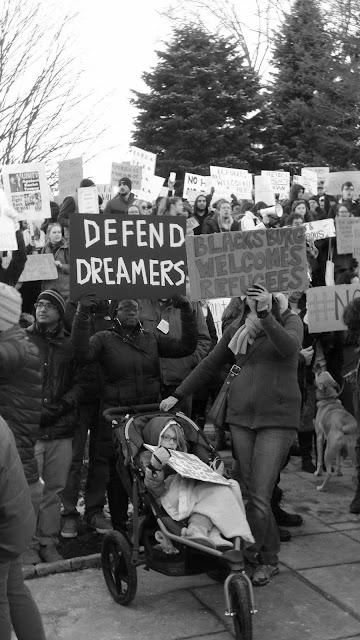 Alexa Zalopany Casey took this photograph January 30, 2017 facing Henderson Lawn at Virginia Tech, as we gathered to express our support for immigrants and especially our Muslim neighbors, after the Executive Order banning immigration.  Used with permission.

This is how it begins.
Not with some of us but with all of us.

This is what I wanted to tell you.
Now tell someone else.

*
My friend poet and literary activist Ethelbert Miller posted his poem this morning on Facebook.  In the spirit of the last line, I share it with his permission.  It brings to my mind not only the immigration bans, but the forced removal of native water protectors and their supporters from the Oceti Sakowin Camp today.  For more information on the forced removal see the Lakota People's Law Project. 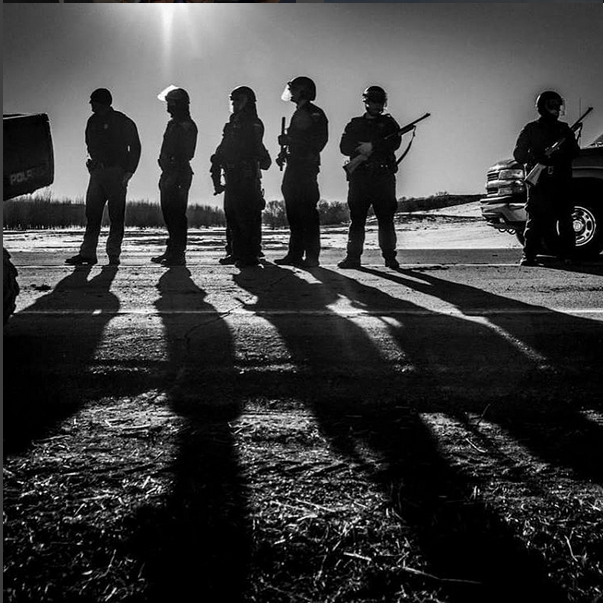 Instagram photo posted by the Oceti Sakowin Camp four days ago with the caption, "Today a dump truck tried to run over 3 Water Protectors. The Oceti community addressed it peacefully. The matter was pretty much resolved, but they I guess they thought they would like to show a little bit of force."
Posted by Beth Wellington at 1:01 PM
THIS IS WHAT I WANT TO TELL YOU by E. Ethelbert Miller
2017-02-22T13:01:00-05:00
Beth Wellington
Dakota Access Pipeline|Ethelbert Miller|Muslim ban|political poetry|
Comments