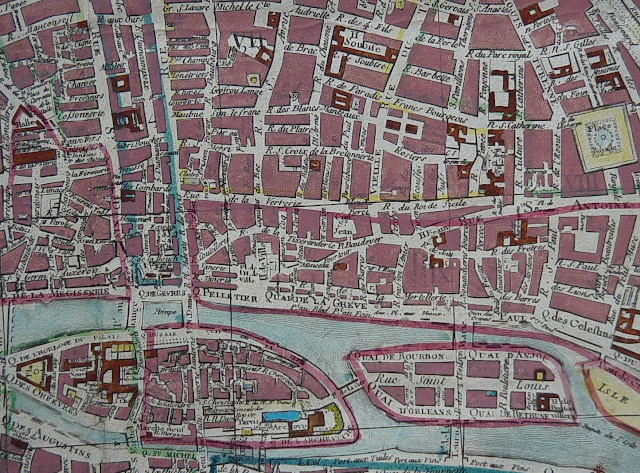 
I belong to a reading group which has been meeting continuously since being founded by the late Harriet Davidson and her husband Sig at the end of the seventies.  This evening, after a pot-luck dinner, we will discuss Le Père Goriot  [lə pɛʁ ɡɔʁjo] (Old Goriot), Honoré de Balzac's novel set in 1819 Paris during the Bourbon Restoration which follows the intertwined lives of  doting Goriot; criminal-in-hiding Vautrin; and naive law student Eugène de Rastignac.  Balzac first published this novel in serial form during the winter of 1834-35; it became part of the "Scènes de la Vie Parisienne" section of his sequence La Comédie Humaine.

My ability to read French is halting:  I require an International Phonetic Alphabet (IPA) Guide in addition to a dictionary, to figure out, not so much the meaning, as the phronology. I took only half a semester of French at Dabney S. Lancaster Community College, upon my return from a trip to Europe spent pointing to the word I wanted to use in my Larousse, which is now handily available for free online.

The English version of the  Compendium. H. de Balzac's Comédie Humaine edited by Anatole Cerfberr, Jules François Christophe and Paul Bourget is available to read for free online or on an android reader from Google Play, thanks to a digitized version of the book donated to the University of California Berkeley.  I love that it's searchable and that you can cut clips of text (albeit missing punctuation) or images to embed.  There are also multiple editions available through The Open Library, a project of archive.org.

In the introduction, French poet, novelist and critic Bourget enthuses:


Oh! the sorcery of the most marvelous magician of letters that we have known since Shakespeare.  If you fall under his enchantments, not but what this is a happiness, here is a book which will charm you, a book which would have ravished Balzac himself--for Balzac was more the dupe of his work than his most fanatical reader, and all those of whom he dreamed had to him a civic status.  This volume of nearly six hundred pages is in effect the civic status of all the characters in the Comedie Humaine, of whom are found, detail by detail, the smallest adventures of those heroes who pass and repass in traversing these fifty romances...a sort of index...of living people. 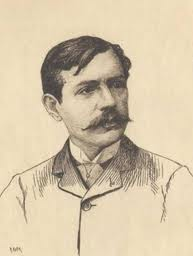 I discovered Bourget, pictured above, and thus the Google e-book because the 1949 illustrated version of Old Goriot from The Heritage Press in New York and Nonesuch Press in London is available at the Virginia Tech library.  The introduction is by François Mauriac (pictured below), a Catholic member of the French resistance who went on to win the Nobel Prize for literature in 1952 and to encourage Elie Wiesel to write and publish Night, as described in this interview by Wiesel. 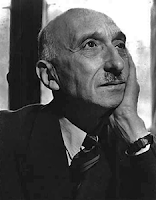 The hallucinative effect of what I had been reading was so potent that my legs seemed giving way beneath me.  The glamour of that daydream which Balzac had plunged me had gone to my head like strong drink or opium.  It took me quite a while to come back to the real world around me, and my own small self...


The translation is by British Quaker Ellen Marriage (1865-1946) pictured below. 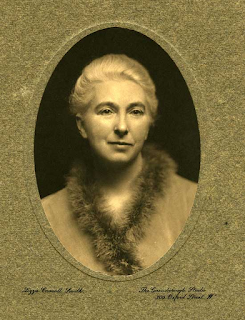 According to the Oxford Dictionary of  National Biography:

Marriage took far greater trouble over them than was then common with translations of French novels, not only searching for ‘the best words’ but visiting France to check local details and grappling manfully with Balzac's specialized vocabularies: ‘I have some heraldry that has fairly beaten me. There seems nothing left but the desperate step—a lunatic's step—of going to the College of Arms and trying what impudence will do’ (Ellen Marriage to Elizabeth Marriage, 3 Jan 1896, priv. coll.). The results were justifiably admired; her versions, particularly the descriptions and narration, often have the ‘colour and swing’ she admired in other writers and usually avoid the unnatural literalness that had characterized many earlier versions.

The Tech libary also had a translation by American Civil War nurse Katharine Prescott Wormeley, --born in England, but moving to the US at an early age-- and by American Jane Minot Sedgewick (who looking at her family tree may be a distant relative of actress Kyra Sedgewick.

Of the three translations, I prefer Prescott's as the least stilted, without taking liberties.

Curiously Michal Peled Ginsberg, in his Approaches to Teaching Balzac's Old Goriot,  says that all his respondents who teach Le Père Goriot in English unenthusiastically use the translation by Marion Ayton Crawford.


Posted by Beth Wellington at 5:17 PM