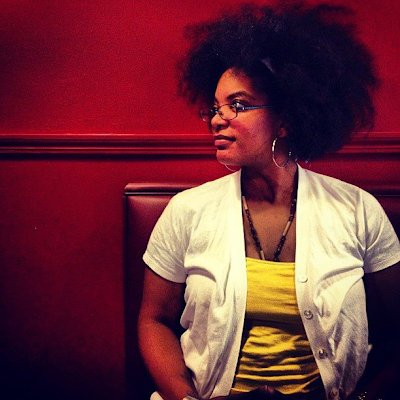 Ash-Lee Woodard Henderson has been part of Appalachia Rising--serving on the steering committee-- as well as Mountain Justice. She lives in Chatanooga, TN and works for United Campus Workers, a union which organizes for social and economic justice for all Tennessee higher education employees.  I interviewed her via gchat. I first published this post on July 22,2012 at 6:58 p.m.
.

I first learned about the struggle to end mtr at the Highlander Education and Research Center. Two folks, Sarah Webb-Haltom and Matt Noerpel, were there with me and shared stories of working in directly impacted communities. I learned about the issues and the next year was involved in Mountain Justice (MJ) in Harriman, TN after the TVA (Tennessee Valley Authority) ash disaster.

The MJ camp was hosted by UMD (United Mountain Defense). We stayed at a Boy Scout camp not far from the communities impacted by the ash disaster. We participated in workshops that taught us about what mtr is, how it impacts communities, how it destroys the environment, and what we could do about it (legislatively, through direct action and through community organizing)

I participated in the TVA March in March and was one of several folks who were detained by the police for staging a die-in in front of the TVA headquarters [on March 14, 2009].

I went to MJSpringBreak with my alternative spring break program at East Tennessee State University [in Johnson City where her husband is from.] Our leadership was targeted after that trip by TVA for taking pictures of the ash disaster after the die-in.

We fought back, met with Amy Goodman of DemocracyNow and started working with other leaders of the anti-mtr movement , and I've been working on the issue ever since.

I am from Chattanooga. Grew up in Summit and Ooltewah, TN as well...I grew up in an organizing family. My activism and organizing to end mtr has mostly been in TN and WV, but through MJ and Appalachia Rising I've met folks and worked with directly impacted community members in all the Central Appalachian states.

My mother is a member of the original black panther party, and my dad was a radio show host that focused on the issues affecting the black community in Hamilton County. My mother's parents always instilled in me the importance of community and that is was my responsibility to give back to the folks that developed me and gave me the resources to become who I am today. I grew up going to mass meetings and demonstrations, etc. I grew up around activism. They organized around many issues including racial justice and against environmental racism.
I believe in collective liberation, solidarity and intersectionality. By collective liberation I mean that I can't be fully human, the best Ash-Lee I can be, until all of my sisters and brothers everywhere can be fully human. So if my friends and family who are negatively impacted by the coal industry that also, indirectly, impacts me. I believe in solidarity, not charity, that it is my responsibility to work with directly impacted communities to end the oppression directly impacting their lives so that they can be fully human, and in turn, so can I. With intersectionality, I believe that all forms of oppression link together and benefit from one another. Racism, classism, homophobia, and environmental injustice are all connected.

The Mountain Mobilization is informed by the work of folks from mountain communities in Central Appalachia, activists and organizers from all over the country, grassroots community organizations, Mountain Justice and Appalachia Rising and so many others. Those of us involved in the movement to end mtr recognize that to win we have to build our people power and fight back to compete with a billion dollar coal industry.

To do that, folks are mobilizing and being mobilized to southern West Virginia on July 25th. My loved ones in RAMPS will be preparing folks to participate in nonviolent direct action to cut off the destruction at its source--a strip mine.
Posted by Beth Wellington at 6:58 PM