Books that meet the gold standard 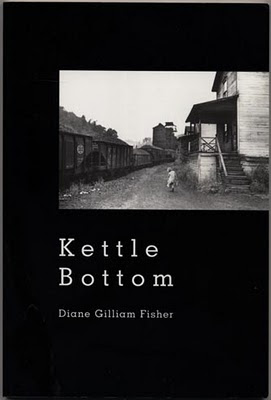 When I was a Girl Scout, we used to sing a round, "Make new friends but keep the old/ One is silver the other's gold." My sentiment about books, as well as people. But, except for continuing best sellers, commercial publishers are into selling this year's books, in part in response to inventory depreciation rules established in Thor Power Tool Company v. Commissioner of Internal Revenue, 439 U.S. 522 (1979). And the mainsteam media buys into this model, only reviewing recent titles.

Literary presses, in contrast, maintain a backlist, keep their authors' works in print. And alternative media can, in books, as well as other matters, inform their readers about other than the latest frenzy. Below, I've listed some of my favorites from years past, old friends I revisit again and again. All are still available from their presses.

You can buy directly: the wellbeing of these publishers affects their authors. As Jonathan Greene of Gnomon Press explained to Meredith Sue Wilson for her September 10, 2007 Books for Readers Newsletter,

mall Press Distribution and Consortium that distribute books for many small presses return even less to small presses that Amazon: they normally sell books to stores or chains at 40% - 55% then take half of the gross receipts of any payment and put the amount due the publisher in escrow for three months. And Consortium charges the publisher a re-stocking fee for any books stores or distributors return [sometimes in unsellable condition.]

And support your local independent bookseller: Chapters Book Shop in Galax and The Easy Chair in Blacksburg special order any books that are not in stock. Anne Holbach at The Easy Chair says,

We definitely place special orders for customers. Usually, turnaround time is 2-3 days, and there is no charge for shipping. We also offer free membership in our frequent buyer’s club. Customers earn a $10 coupon for every $100 they spend, including special order items.

And you can order from that great family-run bookstore for three generations, Powell's Books of Portland, Oregon , which inceasingly relies on its national internet trade to stay in business. While Powell's doesn't offer the deep discounts of the chain stores which view books as just another commodity, Mike Powell explained to Scott Timberg for his December 3 Los Angeles Times story, "Powells turns the page," that his customers are charged

So here's my list:
UPDATE: A version of this post was published by New River Voice December 13. The owner did not post a link to that issue on his website and ironically lists the books I recommened by their Amazon links. Is that why the version that appeared on newsstands eliminated my links or even the names of the publishing houses and any reference to my blog in the author's note?)

Happily, I just found a link to the article in the books section posted December 18, but that version, while linking to the publishers, omits my mention of Powell's as an alternative to Amazon or a link to my blog. I added a comment January 13.

Thank you for posting the links to the original publishers. I notice that you have advertisements for your Amazon shop to the right. Have you looked into whether Powell’s Books has a co-marketing plan. Wouldn’t it be better to support an independent bookseller on line, as well?

That great family-run bookstore for three generations, of Portland, Oregon , inceasingly relies on its national internet trade to stay in business. While Powell’s doesn’t offer the deep discounts of the chain stores which view books as just another commodity, Mike Powell explained to Scott Timberg for his December 3 Los Angeles Times story, “Powells turns the page,” that his customers are charged

Let's see if it gets posted. If it does, I'll post a link. If not, as Tony Soprano said,