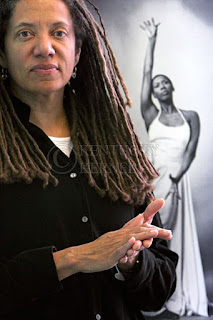 Here's her acceptance speech (@16:50)
http://www.ustream.tv/recorded/18565428  (I couldn't embed because evidently only YouTube works with Blogger.
Posted by Beth Wellington at 3:31 PM 2 comments