SHANNON WAMSLEY TALKS ABOUT THE SAGO MINE DISASTER 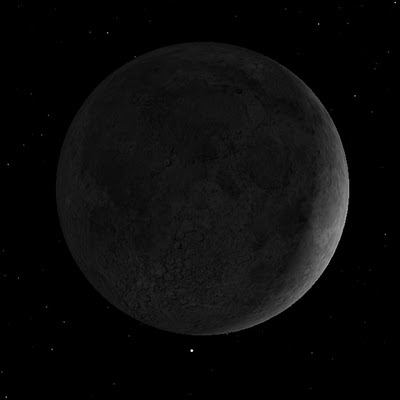 When the lightning strikes I shatter Elton’s coffee cup.
The moon new, Venus visible this week
I’d been staring out across the black, rinsing breakfast dishes.

Lightning’s queer in January here. I’d never
seen the likes of such, race down to the mine,
my mind a-swirl like the Buckhannon River.

Elton stands there, face black, but safe and sound.
I’m bound to joke, say some trite thing
about our lives cheating the blast,

I realize her Randy’s still trapped and my own heart
goes cold inside my quilted vest, Christmas plunder
coal wage-bought. “The wages of sin” comes to mind.

I try to shake the thought, but how?
I have my husband. The others wait.
How can you sort happiness from guilt?

Guilt and thanks--what if it had been a normal day? His crew
waited ten minutes for a buggy big enough to take them in.
Ten minutes, I hear Elton say, he’d have been round that turn.

Elton says when it starts getting hot, he never does see fire.
Just hears this roar and feels a rushing wind.
Heat and soot, dust and smoke keep coming

clammy air where you can’t make out your hand or breathe.
Monitors beep and blink and men fear they’re fixed to die and
all the time, this rushing wind. He says you feel your way along.

Sitting in his truck holding vigil, I can’t help but
fit my pinky to the hollow of his cheek. At two a.m-- I
must have nodded off--

I wake a-shiver, not from cold, but from
how long the other wives
must wait and wonder.

In the dim light a sliver of moon provides,
I stare as Elton snores, for a moment deep in sleep.
I used to fret when his noise would wake me up.

The illustration is from the Farmer's Almanac. That's what the moon looked like by January 3, 2000. The poem is the one I sent yesterday to Verbal Events, the quarterly compilation of poems in progress by those of us who studied with Bill Stafford back in 1985 at Atlantic Center for the Arts.. Francine Sterle had kind things to say about the poem when she received it and since I admire her work,, I thought I'd go ahead and post the poem, along with the discussion I sent her. Feel free to chime in on the discussion.

I tried to capture a sense of the protagonist from the interview she did, along with her husband, on CNN. "Plunder" is an old-time regional usage, she didn't use. Nor did she use "fret". Hope the perfect iambic pentameter of the last line didn't go over the edge. Had to imagine a few details--the kitchen scene, the truck scene, of course, which makes me wonder about using her name. On the other hand, not using seems like theft. Your thoughts?

Of course, Eliot would have recommended theft, I suppose, but, he's not such a nice fellow. As Virginia Wolf said of him to Roger Fry, May 18, 1923:

That strange figure Eliot dined here last night. I feel that he has taken the veil, or whatever monks do...Tom, though infinitely considerate [of his
wife], is also perfectly detached. His cell, is I'm sure, a very lofty one, but
a little chilly. We have the oddest conversations: I can't help loosing some
figure of speech, which Tom pounces on and utterly destroys.

Another curmudgeon than Eliot, but one who wrote more plainly, said something funnier about him. This from Robert Frost, as reported in The Letters of Robert Frost to Louis Untermeyer, pg. 321 (1940)

Eliot and I have our similarities and our differences. We are both poets and we both like to play. That's the similarity. The difference is this: I like to
play euchre. He likes to play Eucharist.

Here's a story about Frost's dark side in the lengthy article which our beloved Bill Stafford wrote August 18, 1974, entitled "The Terror of Robert Frost, which the New York Times republished April 25, 1999.

Lesley Frost has told about a midnight scene when she as a child awoke to find her father waving a revolver toward her mother, and threatening: "Take your choice. Before morning, one of us will be dead."

Bill also recounted the "Eucher" story, but attributes it as follows:

Elizabeth Shepley Sergeant in her "Robert Frost: The Trial by Existence" reports one such utterance: "Know what the difference is between me and T.S. Eliot? I play euchre. He plays Eucharist. We both play."

Bill also has something to�say about Frost'steaching, which might be of interest to those of us who studied with Stafford or read his books on creative writing.

Frost's poetic unorthodoxy had a direct link to his unorthodoxy in the classroom. "Don't work -- worry," he said to his students. He dreaded grading. He often urged students to buckle down less. He tried tagging students with their grades on the first day of class, an then allowing them to come in to persuade him, if they could, to change the grade. He asked if students wanted papers returned, and if they hesitated he swept the papers into the wastebasket.

When forced to give a final exam at the University of Michigan, Frost simply asked his students to write down what they had got from the course. Later, he reported to a friend that one student said he hadn't gotten a damned thing out of the course and that the student had received a B. Asked why not an A, Frost
said the student misspelled "damned."

In his book "Robert Frost Speaks," Daniel Smythe cites many Frost utterances that revealed the poet's cavalier attitude toward teaching and toward "the rules." For instance, Frost did not believe in investigating something in order to write about it:

You know, we don't need to be original or inventive. You don't need to find
new things. Just take the old things you find about you, the things people have
known all their lives, and say them with your style." Nor did he believe that
poetry should be studied: "You go to school to learn to read. The further you go
the more you have the attitude that everything is to study. That is the danger.
Once a person has learned to read, once he has gotten the flavor of it, he
should just let it rest.

Years earlier when he had begun to teach, he had written on the board what identifies that attitude: