My Articles in LLRX 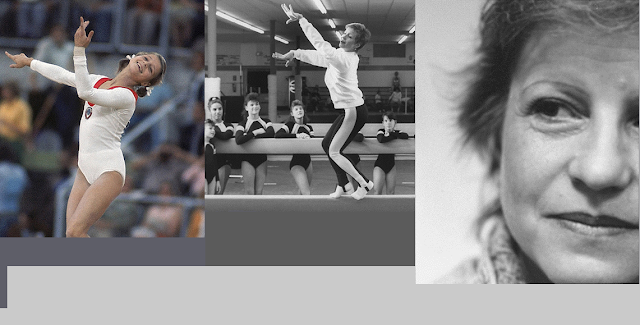 The radiation does this.
These pictures in the magazine
could be two different women.

At 35, these lined, swollen eyes
this brittle hair
this thin, thin mouth
remind me of my grandmother.

Only the shot
with my student
at the Minsk Sports School
balanced on the beam--
feet perfectly arched,
one hand flourished--
reveals some connection.

Funny, yes?
I didn't know I was smiling.
It's as if
a long-practiced gesture
creates the earlier time.

At our regional hospital
7,000 have come in for leukemia--
if you could see their pictures:
adorable children, each of equal desperation.

I stayed there myself last spring
for my liver
and even with my connections
could get no disposable syringes.
We found a needle
and we boiled it and boiled it.
It was so dull
I could not finish the treatment.
One learns to accept people dying.
(stanza break)

You in the West knew first.
They didn't tell us for four days.
And then only about the accident.
The papers called the radiation levels safe.

In Minsk, 180 miles away,
we were all outdoors.
It was close to May Day
and we were planting gardens,
enjoying the spring weather.
If we had been told
we could have stayed inside.

When people began to hear
our authorities might be
hiding the truth
we were afraid.
Of the water.
Of air.
At first, people were very ill.
Now all the time
we have headaches.
We always feel weary.
It has been five years
and we are still afraid.
When it rains we
cover our heads.

On the streets of Minsk
there used to be
so many pregnant women.
Now you see fewer and fewer.
We are scared and cautious.
We could go away
and maybe give birth to
healthy children.
But it is our home.
Our families are here.
It makes us torn.

Byelorussia used to be
the feeding ground.
Now it is poisoned.
In the past
when I would come to your country
I would buy blue jeans and shoes.
Now I buy chicken bouillon,
dried fruit.

Byelorussia used to be
the republic of mushroom gathering,
berry hunting,
flower picking--
now people don't go into the woods.
In some schools
when the children want to see
what nature used to be like
they go into a little courtyard
inside the building.
The teacher says,
"This is a bird"
and it is a plastic bird.
"This is a tree."
And it is also plastic. 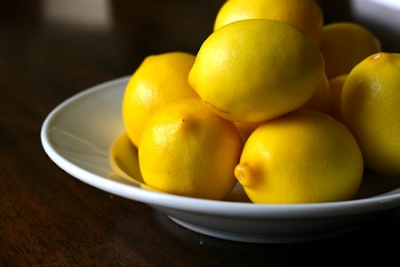 And how do ties bind--
the woman's ex-husbands
who now have new wives--
are those wives hanging lemons
in their front windows
to exorcise her?
Posted by Beth Wellington at 3:46 PM
Old Wives Tales
2000-01-01T15:46:00-05:00
Beth Wellington
abuse|folklore|lemons|Newbell Niles Puckett|poem|political poetry|
Comments