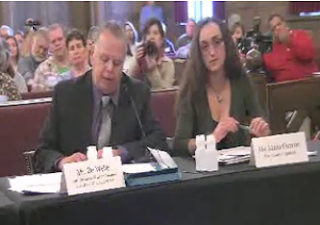 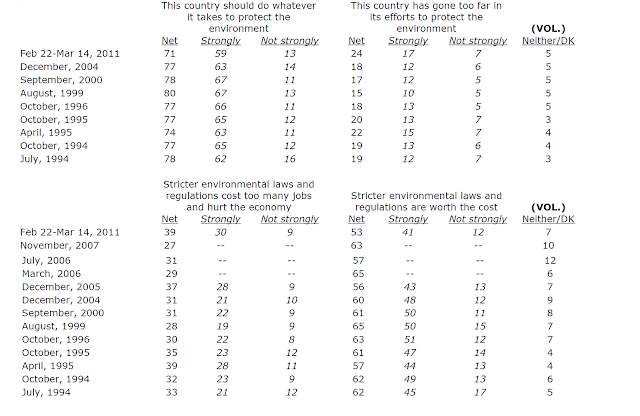 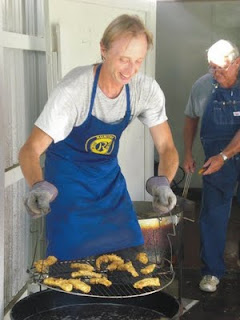 Photo of Don this July at the Ruritan fish fry by his neighbor Carol Brandt used with permission.

Don Langrehr received the Democratic nomination for 12th District to the VA House of Delegates July 29. August 31, my friend and retired organizer Mark Barbour forwarded me something from Don's campaign.  Don says  that this week, the Town of Blacksburg received a Freedom of Information Act Request (FOIA) for Town Council meeting minutes over the last 6 years from National Republican Congressional Committee.

I'll update this as soon as I have time.  I need to interview some folks before I can write a decent piece, not just stenography, but given midnight September 1 deadline for donation reporting, I thought I'd pass on Don's rationale for why he needs your help.  I donated a bit at this link yesterday and some of my readers may want to do the same.  I think Langrehr, a Blacksburg Town Council member and Radford University education professor is someone who genuinely stands for equality and shared prosperity.


I have a feeling that someone, perhaps a local Congressman, is not very fond of my candidacy for the General Assembly. I also get the feeling that our campaign will surely heat up over the next couple months with some blatantly negative advertising targeted at me.


I must be prepared for any negative attacks on our campaign. Tomorrow at midnight is the filing deadline for the current financial reporting period and I need your financial help! A strong showing of financial support will demonstrate our resolve towards anything our opponents have planned....Please help send the message that any future dirty tricks are not going to derail our House of Delegates campaign.

BTW, if you prefer to send a check: