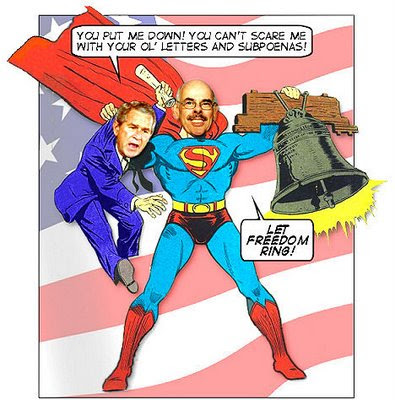 "Dingell’s Defeat Part of a Pattern of Growing California Clout" by CQ's Jonathan Allen, provides an interesting background on the shift of power to Henry Waxman. See memorandum.

thankspotgivingluck (week before Thanksgiving potluck at Jason and Kim's.) The instructions:

please come over Thursday night at 7PM with a smile and your favorite thanksgiving dish. we'd like to request no turkeys though, unless they are alive and don't mind the company of cats.

I made an apple/cranberry/peach compote. There were several apple pies, an onion tart, several sweet potato dishes, mashed potatoes, stuffed squash, chili, a kidney bean stir fry, several homemade breads, Liam's almond ice cream and more. Yum. There was another light dusting of snow as I left, but no accumulation.

Posted by Beth Wellington at 8:04 PM