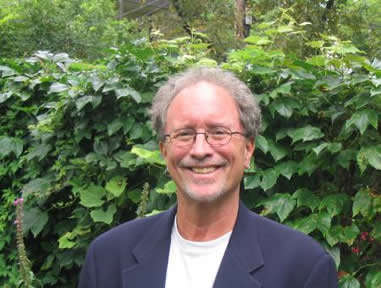 Lest anyone doubt the Williams Ayers has a respected place in the field of education despite the right's reckoning him an "unrepentent terrorist," this photo is from his 2006 keynoting of staid Roanoke College's Covenhaven Insitute for teachers.

Dave Winer has a thoughtful piece at his site on Terry Gross. He writes,

In the end she asked Ayers if he wanted to apologize for what he did, if he would be willing to take the "unrepentent" part off the label "unrepentent terrorist," and he refused, and I'm glad he did.

These are complicated issues, and to deal with it in a balanced way would require probably a few books, written from different perspectives. We don't today have a balanced view of the struggle in the US over Vietnam. Not when one person is singled out this way, when so many others are responsible for so much more death and destruction.

Since the Ayers interview she's returned to her original style....But I can't help but wonder if each of these people has something to answer for too, and she's not asking about any of that.

I definitely sympathize with Ayers, I probably wouldn't have minded if she probed John McCain this way about his involvement in Vietnam. I'm sure he killed a lot more people than Ayers did. And that led me to the other, larger reason I'm unhappy with the interview -- she might not want someday to have someone say she "palled around" with an unrepentent terrorist who attacked his own country. In other words, she may be using us to protect herself. If that's the reason she drove Ayers so hard, I would much rather she had skipped the interview altogether.

.... Either she adopts the gotcha style and goes after everyone, from clowns to reporters, and I'll tune out for the same reasons I don't listen to other reporters who use that style; or she stays with the softball style I like, but I'll never be able to stop thinking of her as a hypocrite for being so gutless with Ayers.

Unlike Winer, I've tripped over Gross's clay feet before. Although it was a fluff, do you remember Gene Simmons? (Audio from Erim Foster.) Or in the political realm, Bill O'Reilly?
Posted by Beth Wellington at 12:13 AM