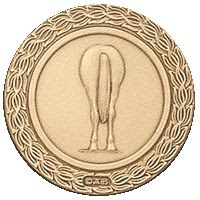 Carol Overland (email), whom I know from Energy Justice Network's No New Coal Plants list, has awarded another horses ass. You can read her account at the link and it's a hoot. It seems the folks at the Delaware Electric Coop didn't take kindly August 12 to its members receiving information on the coal fired power plant in Dendron, Virginia, along with their chicken dinners. The plant has been proposed by Old Dominion Electric Coop (of which the Delaware Coop is a member) and word has it that ODEC hadn't gotten an endorsement from its members before it proceeded.

Alan Muller (email), whom I also know as a no-coalista, heads up Green Delaware and had sent out this action alert. He and Carol handed out a great fact sheet prepared by the Wise Energy for Virginia Coalition based on the testimony of David Schlissel of Synapse Energy Economics.

Alan's working on his on write-up and sent me a preview:

The annual meeting was an interesting experience. Probably about a thousand people came for a free chicken dinner. What they learned, if anything, about the Coop's electric policies is unknown to us because officials wouldn't let us stay and listen, and wouldn't let us see the information being distributed to members.
DEC has 83,000 meters (customers) and annual revenues of about $140 million. The cooperative (member owned) idea is powerful, and theoretically eliminates the conflict of interest between customers and stockholders that makes "investor owned" utilities like Delmarva Power work so hard against the public interest. Some people think DEC is the most progressive among the coops belonging to Old Dominion Electric Cooperative, DEC's power supplier. This may be so.
But DEC management does not respond well to questioning or criticism, and seem's determined to promote a new coal plant. DEC is also aggressively promoting the PEPCO "MAPP" transmission line. This isn't surprising given that DEC want's to sell power generated at big new coal plant in Virginia--the Coop can't sell that power without getting it to Delaware. DEC is plainly not on board with the intent of Senate Bill 106 to reduce electricity sales in Delaware by 2% per year.
Delaware made a mistake in removing DEC from regulation by the Delaware Public Service Commission. At present, DEC management is effectively accountable to nobody. The General Assembly needs to reverse this bad decision and "reregulate" DEC.

Would be nice to put the democracy back in the cooperatives, if it were ever there. If not, it's time to inject it.

Of course, my candidate for the award would have to be Rick Boucher:
“This campaign against surface mining is new, it is led by the more extreme environmental organizations, they clearly have targeted the Appalachian states, and unfortunately, the administration has responded to that to some extent...we’re going to do something about it."

This according to Debra McCown (email) in her August 13 Bristol Herald article, "Boucher: Coal profits supersede environmental concerns," which recounts his talk at the quarterly meeting of the Eastern Coal Council. I'm still seeking a copy of his remarks.

When I posted this on facebook, my friend Tom Palumbo responded,

New? Extreme? It is the #2 environmental concern of all of Virginians! (as reported by Virginian Pilot)

I've asked him for a link and will share it, if he has one.
Posted by Beth Wellington at 5:37 PM