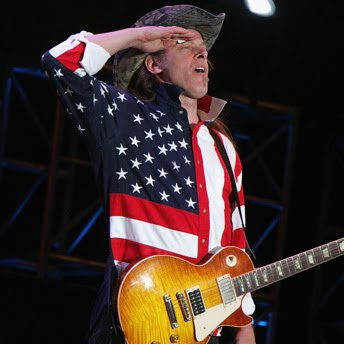 New York Times columnist David Pogue drew the attention of Verizon Wireless CEO when he wrote about the cell phone industry. In his latest efforts as journalist and gadfly, he's conducting a "Take Back the Beep" campaign to get the companies to stop making money off of customers with their long instruction messages for voice mail. In summing up his success, he wrote,

Next up: war, disease and global warming.

I'm going to take him up on that and invite him let his readers know that folks are writing Lowell McAdam, President and CEO of Verizon Wireless, asking that he issue a public apology and withdraw support from the Friends of America Rally, a pro-coal extravaganza to promote climate change denial and mountaintop removal mining. Put on by the Friends of Coal, it even has a YouTube invitation by Massey's CEO Don Blankenship (Friends of Coal is an astroturf group for the West Virginia Coal Association.).

Hello I'm Don Blankenship and I'd like to invite you to a Labor Day rally in West Virginia. We're going to have Hank Williams and have a good time but we're also going to learn how environmental extremists and corporate America are both trying to destroy your jobs.

You can read about the rally, as detailed by Ken Ward in the Charleston Gazette. (UPDATE: 9/1/09, he writes about Verizon here.) There has been coverage by Peter Rothberg in The Nation, following up on a post by Jeff Biggers at HuffPo. Speakers include prominent global warming denier Lord Christopher Monckton and conservative pundit Sean Hannity, with Ted Nugent and others (including a WV State Policemproviding the music. Ted Nugent is a real charmer, having ranted, while waving a machine gun around:

Obama, he's a piece of sh_t. I told him to suck on my machine gun. Hey Hillary, You might want to ride one of these into the sunset, you worthless b_tch"

Verizon may call its co-sponsorship of the rally advertising, not a political statement, but Pogue;s colleague at the NYT, Adam Liptak, reported how Verizon Wireless, unlike other carriers, decided to block NARAL Pro-Choice America's text messages from its network.

So if you want to write McAdam, his email is Lowell McAdam's email is:

And as Jeff suggests, why not write the head of Verizon, too. Dennis Strigl is President and Chief Operating Officer of Verizon Communications. His email is:

If you like snail mail or the phone, Verizon HQ is:

Ten years ago, Julia Fox of University of Oregon and later Marshall University published a journal article called "Mountaintop Removal in West Virginia: An Environmental Sacrifice Zone." It later became the second chapter of 2005 edition of the book Environmental Sociology. In the abstract she says:

Although the coal industry is regulated by the state and national governments, the regulators, it is argued, have been captured by Big Coal. The result is one of the most egregious and little-known instances of environmental degradation taking place in the United States today.

Well, things haven't gotten any better and Verizon shouldn't be casting its lot with the ravagers.

I changed my home phone and internet provider from Verizon to another company this week and also my cell phone family plan with four phones from Verizon to Credo. Thank you for posting this. Feels good to vote with my checkbook.
Denise in Southern California

This is why I no longer do business with Verizon. Great post!