The Failure of Empathy 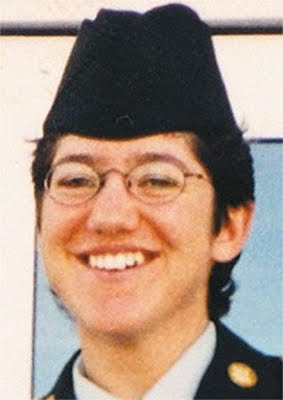 The news from Scott Horton that Bush's torture architect, John Yoo, is facing difficulties at Berkeley led me to a search to see if another prof at that school, linguist George Lakoff had said anything about the situation. While I came up empty, I just now found an interesting piece, "Torture, Empathy and Democracy," that he published in the April 26, 2009 FireDogLake. He refers to a piece two days earlier by Greg Mitchell of Editor & Publisher in Huffington Post, about American G.I., Alyssa Peterson, who committed suicide after refusing to torture Iraqi prisoners.

"The official probe of her death would later note that earlier she had been "reprimanded" for showing "empathy" for the prisoners. One of the most moving parts of the report, in fact, is this: "She said that she did not know how to be two people; she ... could not be one person in the cage and another outside the wire.""

Repeat: "She did not know how to be two people..." Reprimanded for showing “empathy.”

Our native neural capacities for empathy can be strengthened by how we are raised, or it can decay when empathy is not experienced — or we can be trained to develop neural circuitry to bypass natural empathy.

This is a little scary to me, as his research shows that

Now consider that, according to Preston McAfeee, sociopaths also can be characterized in part by

Well you get the idea. I'm not sure about the delay in writing about Peterson, as reports appeared back in 2006. What I do know, is that I find the implications troubling.
Posted by Beth Wellington at 5:37 PM