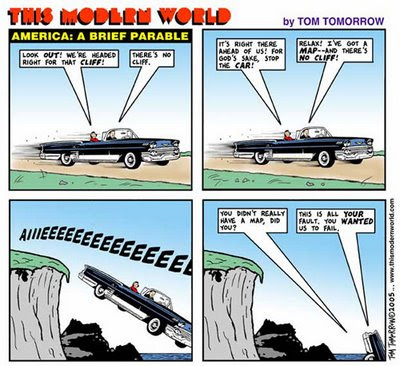 The Apollo Alliance, a coalition of business, labor, environmental, and community leaders working for clean energy in the U.S. has a new campaign to write Congress, asking that it

ensure that the proposed energy bill invests tax dollars in clean energy technologies like wind, solar, and geothermal and in good jobs for American workers. Meanwhile the oil companies would like to keep the status quo.

The stranglehold on incentives by petrochemicals goes on and on. For instance, look at this NYT financial story from 2005 which talks about "high" prices when crude was at $60 a barrel and opined the $40 would keep investors happy and added that

IF energy producers are not raking in enough cash from record-setting crude oil prices, they can always look forward to the tax breaks packed into a bill that President Bush signed into law earlier this month to promote new production. Such an embarrassment of riches has been luring investors into the sector...

And this from The Hill from 11-14-2007, when the American Petroleum Institute (API) paid for a study by CRA International which claimed that

the combination of the most contentious elements in the Senate and House bills would diminish the purchasing power for the average American by $1,700 by 2030.

In an interesting analysis, the blog New Energy News termed this "fuzzy economics" and asked,

Pending energy legislation would require better gas mileage from US automakers’ car and light truck fleets. Did the study consider Detroit’s increased sales of better vehicles or only the reductions in fuel consumption? Did it consider the increases in Detroit jobs from the industry resurgence building plug-in hybrid cars would bring?

Pending energy legislation would require utilities to obtain electricity from renewable sources. Did the study balance the cost of the hypothetical decrease in jobs (though most studies report New Energy would boost jobs) with the lower societal health costs as a result of moving from coal- and oil-polluted air to air unaffected by wind and sun?

Pending energy legislation would require a whole new level of efficiency from buildings. Did the study consider the jobs that will come with retrofitting? Those aren’t energy industry jobs, those are jobs in building. Think some coal miners’ sons and daughters could be trained for that kind of work, even though it’s not in the energy industry?

Pending energy legislation anticipates a whole new era when fossil fuel producers will be required to PAY for the harm they do to the air, the water and the atmosphere. Does the study consider the coming loss of jobs in the fossil fuel industries from the impacts of climate change?

Posted by Beth Wellington at 10:41 PM