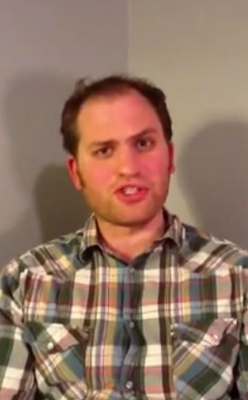 Picture of Mike Elk is adapted from a screen shot of his video at YouTube.

For anyone who wants yet another example of the skewed economics of journalism, take a look at this video by Mike Elk, labor journalist for In These Times Magazine. He wanted $500 to fly from DC to cover the Labor Notes Conference (program) near Chicago in Rosemont, Illinois, where rank and file members, local union leaders and labor activists connect to strengthen the movement—from the bottom up.


Often in covering labor struggles, I find that union members often find themselves as equally frustrated with the bureaucracies of their unions as with the corporations they are fighting. Rarely though are the voices of these worker struggling to change their unions heard. Next weekend May 4 -6, Labor Notes is holding its bi-annual conference in Chicago. Over 2,000 activists and union members from dozens of different unions have already purchased registration to attend this meeting where they will discuss their struggles and the direction of the labor movement. However, I lack the funds to attend this important event and need your help to raise them.

When it comes to labor writers, Mike is one of my favorite labor reporters.  Today, he filed a story,  "A Tale of Two Rules: Washington Bureaucracy and the Politics of Workplace Safety."  I DO wish he would write about how the UMWA leadership sells out mountains by supporting Big Coal.   They wouldn't even march to save Blair Mountain (ITT acknowledged this, but it was freelancer Melinda Tuhus.  Of course, UMWA Communications Department: Phil Smith Department Director, as is his wont, weighed in in the comment section, telling us all about how the union supports all its members and has nothing to do with making the laws or regulations  that allow one mining practice or another. We just mine the coal."

Yada, yada, yada.  Yeah sure.  And labor unions have nothing to do with making laws and regulations?  For instance, as I pointed out yesterday, the UMWA sided with Big Coal and the Chamber of Commerce et. al.  and against public health when it came to the EPA regulating coal ash.

Here's the rest of the Mike's approximate transcript from WePay.com. But listen to the video: his narrative has a lot more information about the state of labor and the disparity between the bosses and the rank and file.  Especially alarming are AFME's cutbacks in Wisconsin organizer positions in the light of governor Walker's attack on organized labor (and women's rights, as pointed out by John Nichols.)  Not good, especially with the recall coming up.

If you're not attending attending Labor Notes, you can follow Mike's live tweeting.  And I plan to post here some of his content, which he is sharing with other non-profit media.
Posted by Beth Wellington at 11:15 PM