Sick of Soot: Is EPA close to settling? 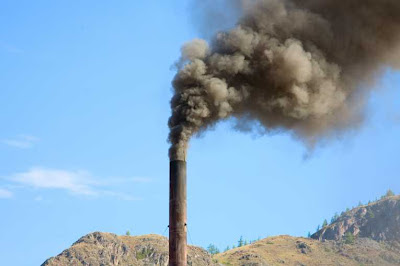 
First ozone and now soot.  The EPA's failure to issue standards on particulate matter has been costly in terms of public health.

According to  Sick of Soot, recent data shows that updated standards could have prevented more than 35,000 premature deaths each year and reduced health care costs by $280 billion. I propose to interview medical experts, lawyers, members of Congress and staff at the EPA about why the Agency has failed to regulate particulate matter  as mandated by Congress.

In response,  the EPA asked Judge Robert Wilkins to allow a  August 15, 2013 to adopt new standards, almost two years past the legal deadline.  EPA  issued its last standards in 2006 and a federal appeals court ruled that the existing standards were deficient and should have been updated by October 12, 2011. May 31, Judge Wilkins gave the EPA one week to sign a proposed rule and scheduled a hearing for June 11 on a December 14 deadline for final regulations,  the date proposed by the plaintiffs.


Today, the EPA the asked Judge Wilkins to give it until June 14 to sign the proposed rule. Paul Billings, vice president of the American Lung Association opposed the motion for delay, according to  Mark Drajem<mdrajem@bloomberg.net>.  The parties did, however, file a joint request that the Judge allow an extension so that the two sides can work out an agreement on the final regulations. See documents provided to me by Drajem here and here.

Of course December 14 is still 14 months late.  Earth Justice had filed a brief  May 11, complaining that there was no acknowledgement of the human costs of delay. The EPA had asked the Court "to endorse its decision to flout the law," on the grounds that its proposed schedule is more "reasonable"  in violation of the separation of powers.


Congress has dictated a time frame for reviewing national ambient air quality standards. EPA has ignored that schedule...[I]t is up to the Court to ensure compliance with the directive of Congress. An agency may not “avoid the Congressional intent clearly expressed in the text simply by asserting that its preferred approach would be better policy.” (reference).

Posted by Beth Wellington at 8:11 PM