Michael Chapman at Gillies with the Twigs 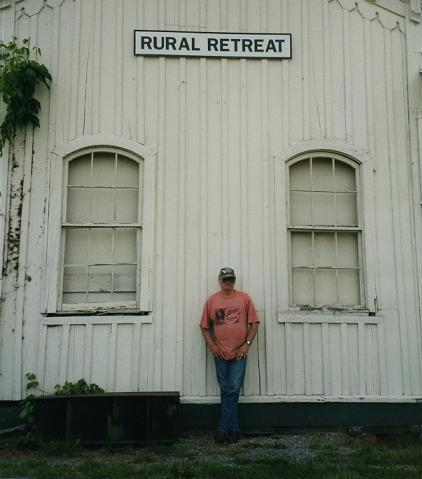 Photo of Michael Chapman by his  "partner and muse," Andru from my friend (and fellow journalist)  Mike Gangloff of the Black Twig Pickers 's photo essay on Facebook.  For those of you who don't have access, let me know and I'll ask Mike if I can email you a copy or quote from it here when I have more time.  This was originally published on June 15, 2012 at 8 p.m. and last updatedat 6:20 pm on June 30, when the Twigs had another gig playing at The Cellar.

How great is this?  I got to see The Black Twig Pickers and Michael Chapman @ Gillie's on Thursday night with Sally Morgan. If you want an encore, come to Community Center in Newport, Virginia at 7 on Saturday night, June 16, where they'll be playing again at the Jamboree, along with the Porch Loungers.

You can also listen to Tad's interview podcast of Chapman, which includes selections from his music.


And here's a video of Rainmaker:


And here's his video on Chapman playing his song, "In the Valley."