A day with Jack Spadaro plotting on behalf of Appalachia 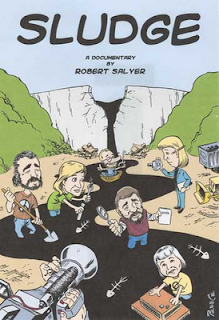 I got to eat breakfast with Jack Spadaro this morning and then attend his seminar on environmental issues in the Appalachian coalfield  at lunch time in  Major Williams Hall. Nothing Jack  said surprised me.  We have a real problem in the region due to the power of the coal industry.

Instead, I wanted to point you to a few articles on Jack that have appeared since I wrote about his case for the New River Free Press.

"Sludge Slinging: No matter how hard it tries, the Bush administration cannot silence one of the nation's leading experts on coal mining's poisonous legacy," Ted Williams, Audubon,  May 2004


BTW, Clara Bingham is the author of Women on the Hill Women:Challenging The Culture of Congress and co-author (with Laura Leedy Gansler) of Class Action: The Story of [MN iron miner] Lois Jenson and the Landmark Case That Changed Sexual Harassment Law. The latter inspired the film North Country. And, yes, she is from the KY Bingham family associated with the Courier-Journal.
Posted by Beth Wellington at 11:53 PM