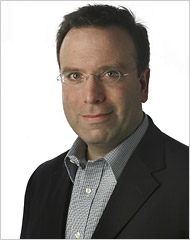 Dana Milbank, a Washington Post's opinion writer, filed a story on the announced retirement of Barney Frank,"Barney the bully: Congressman Frank’s other legacy."


The morning after his retirement announcement, Rep. Barney Frank scored an interview on NBC’s “Today” show, gaining the opportunity to act as an elder statesman in front of a TV audience of millions. Instead, the Massachusetts Democrat chose to quarrel with the interviewer.

My friend from NewsTrust, Barry Grossheim recommended the story, rating it "good" for informaiton, insight, style and credibility,  commenting,


The other side of Barney Frank. I like his politics but on a personal level, not so much!

Sorry, Barry, but I can't agree with your assessment.  Milbank seems to write this just to be contrarian from those praising Frank upon his retirement. The reporter he quotes seems to have been playing gotcha and Frank wasn't cooperating.

Milbank has been one of my least favorite writers ever since he penned his gem, "President Obama Continues Hectic Victory Tour on July 30, 2008," with the "clever" lede,


Barack Obama has long been his party's presumptive nominee. Now he's becoming its presumptuous nominee. For an analysis of that piece, see http://newstrust.net/stories/23965/

Jason Linkins (email), now a Huffington Post political reporter analyzed Milbank's piece that same day for HuffPo in "Washington Post Fuels Outrage After Misquoting Obama."  Not sure how much outrage there was, but Milbank, trying to be clever definitely took Obama out of context. Milbank quotes Obama as saying,


This is the moment . . . that the world is waiting for...I have become a symbol of the possibility of America returning to our best traditions.

Linkins writes that according to a Democratic leadership aide in attendance, the full quote was:


It has become increasingly clear in my travel, the campaign, that the crowds, the enthusiasm, 200,000 people in Berlin, is not about me at all. It's about America. I have become a symbol of the possibility of America returning to our best traditions.

BTW, thanks Bob Her

Posted by Beth Wellington at 4:58 PM