Steinkamp and her "Marie Curie" come to Virginia Tech October 18

Photo of Jennifer Steinkamp's Madame Curie (2011) from the Center for the Arts at Virginia Tech exhibit page.  I first published this post on 10/11/13 at 12:58 PM. I updated it on 10/18/13 after attending  Steinkamp's artist lecture at from 4 to 5 PM on October 18 at the Armory Art Gallery in Blacksburg.  The exhibit will have its official opening Monday October 28 from 6 to 8 PM at Ruth C. Horton Gallery, Center for the Arts at Virginia Tech. (Steinkamp won't be there.)  It runs through December 1. See the bottom for dates for gallery talks relating to the exhibit.

I wrote Madame Curie Remembers Radium after reading Marie Curie's biography of her husband Pierre, written after his death. So, of course, I wanted to be on hand to hear LA-based installation artist Jennifer Steinkamp (website) give her artist talk on her own piece inspired by Marie Curie--a multi-channel, synchronized projection originally commissioned by the Museum of Contemporary Art San Diego.

The above picture appears to be part of this image from the original installation there, taken  by Robert Wedemeyer (website) which appears on Steincamp's history of the exhibition. 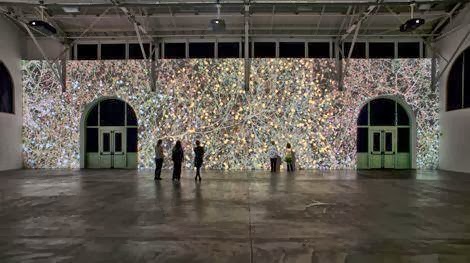 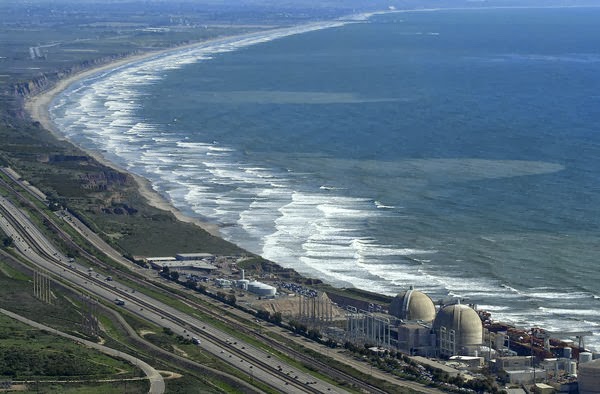 
When Steincamp started reading about the history of atomic energy,  she encountered Eve Curie's biography of her mother Marie, who was the first woman to win the Nobel Prize in physics for her discovery of the elements radium and polonium.  She was inspired by reading that Marie Curie loved flowers so much that she would buy them even instead of food when she was a student and that she later gardened.

At the time of the initial installation, Steinkamp gave an interview to Kinsee Morland (twitter) for San Diego City Beat, which I found with exhibit materials by Lehmann Maupin.

Two years ago when the museum contacted me I had no idea what I would make. The idea of a subject came to me driving past the frightening nuclear plant in San Onofre on the way to the museum.

I have had a distrust and fear of nuclear power and weapons since grade school when we were taught to duck and cover. We also watched devastating films about Hiroshima and Nagasaki. Since then, the Three Mile Island accident, 1979, and the Chernobyl Disaster, 1986, should have put an end to the industry, not to mention many more radiation accidents. My research has found that nuclear power is too costly on all fronts including living beings and monetary. There is no way to dispose of the radioactive waste, unfortunately Fukoshima is proving these dangers as we speak.

My research took me on a winding path looking at the connections between nuclear power and weapons. I came across Madame Curie who won two Nobel Prizes in physics and chemistry for her research. I decided to look at her incredible life for inspiration. Besides being one of the foremost scientific minds in all history, it turns out she was enamored with flowers, her daughter's biography of Madame Curie mentions many throughout the book. I decided to use this little known and perhaps insignificant detail to make a peaceful homage to her brilliance.


I told her Steinkamp that I was not surprised that a utility would build a plant on the ocean coast.  After all, here in Virginia Dominion constructed its North Anna plant on a fault line that became the epicenter of an earthquake that damaged the Washington Monument and the National Cathedral.  (I have to still wonder about leaks, especially after re-reading this piece that Alex Madrigal wrote for The Atlantic.

Margo  Crutchfield (bio), curator at large for the Center for the Arts at Virginia Tech told me that she has been following Steinkamp's career for a decade and that she chose this piece for the opening of the center because Tech is so involved with technology and that she wanted to highlight the work not only of a woman artist working with technology but also of a woman scientist.

I shared with her that I had just encountered an article by Eileen Pollack in the October 3 NYT Magazine, "Why Are There Still So Few Women in Science?" with a caption "Can you spot the real outlier?" who, of course was Marie Curie. 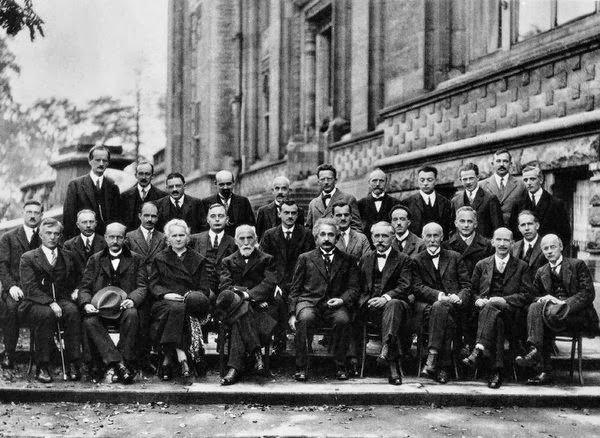 BTW, although Southern California Edison, which operated the San Onofre plant announced  June 7 that it would close the plant, the saga continues.  October 16,  the utility submitted to the International Chamber of Commerce (ICC) a Request for Arbitration for claims against Mitsubishi Heavy Industries and Mitsubishi Nuclear Energy Systems for defective steam generators designed and built for the plant.

October 16, Jason Wells reported for the LA Times that fifty sirens went off  in an annual test in the cities of Dana Point, San Clemente and San Juan Capistrano, as well as other areas of southern Orange County, nearby state parks and the Marine Corps base Camp Pendleton, still required despite the decommissioning.

There will be a series of gallery talks about the exhibit by Virginia Tech faculty.

There is also a projected video animation by Steinkamp and and a 3-D sculpture by Rona Pondick (http://www.ronapondick.com) at the Armory Gallery October 25 - November 22, 2013, "Two Trees," which "explores the interaction of computer-based technologies and traditional art practices." The opening reception is October 25 from 5-7  PM and Pondick will speak at 12:15 PM on October 28, in the Armory.