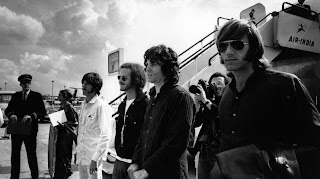 Just having learned of Ray Manzarek's death,  I listened again to Guy Raz's NPR interview with The Door's co-founder and keyboard player (and classically trained organist) on development of Light My Fire. Manzarek says he was inspired to form a group after hearing John Coltrane playing My Favorite Things.

Manzarek had been set to tour Europe with The Doors guitarist Robby Krieger starting June 26 in Russia.

And although he was glad to keep the music of The Doors alive, he also had a contemporary musical life in his partnership with slide guitarist Roy Rogers. 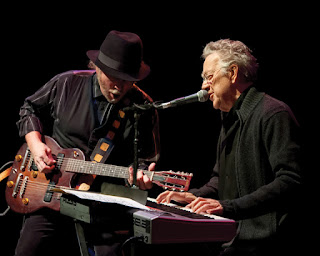 Here's an interview with them from 2011 another with from January 2013 on their second album  Translucent Blues, issued by Blind Pig Record May 24, 2011.  March 3, 2013 Manzarek and Rogers announced they had wrapped on their third album, Twisted Tales.  April 19, they performed a set from their second album in Live Oaks at the Wanee Music Festival.  Here's a recording.


BTW, Manzarek had a memoir Light My Fire which came out in in 1999. In 2002, he published a novel, The Poet in Exile, based on the premise that Morrison was sending him postcards, not from beyond the grave, but from a remote island in the Indian Ocean, where he lives, happily married and father of two children, having faked his death and freed himself from his demons.


Posted by Beth Wellington at 7:56 PM