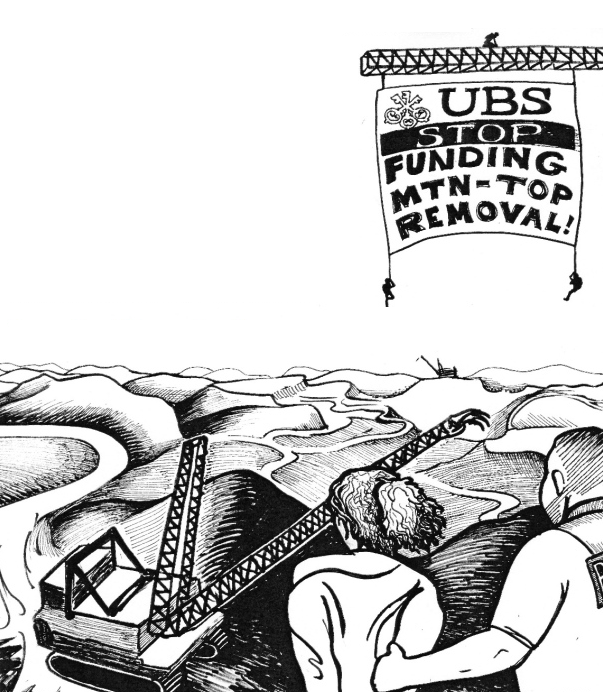 Graphic adapted from the tour flyer for Hands Off Appalachia and Mountain Justice- sponsored February 2013 speakers tour for the 15 arrested in Stamford CT on November 25.

Today I received a guest post from Ricki Draper on Mountain Justice sit-ins at UBS branches  in Asheville, NC; Johnson City, TN; Kingsport, TN; and Roanoke, VA in an attempt to meet with UBS branch managers.  The actions were part of Mountain Justice Spring Break in Virginia, which has been taking place March 1 - 9 in the Town of Appalachia, VA, co-hosted by the RReNEW Collective and Southern Appalachian Mountain Stewards.   I'll be posting photographs from the action after I receive captions from Draper.

Our mountains in Appalachia continue to be destroyed for coal with the help of big banks such as UBS.  I wrote about Hands Off Appalachia and its occupation of UBS banks back on labor day in 2012 and I have written about Mountain Justice since at least 2008  and published  guest pieces by authors including  Ash-Lee Woodard Henderson of TN, Sarah Vekasi of NC and Rachel Parsons of WV.

Draper's piece didn't include links, so let me provide some in this introduction.  Draper, of Knoxville, TN, was part of the November 25 occupation of UBS in Stamford Connecticut, following the bank's Parade Spectacular the previous day. 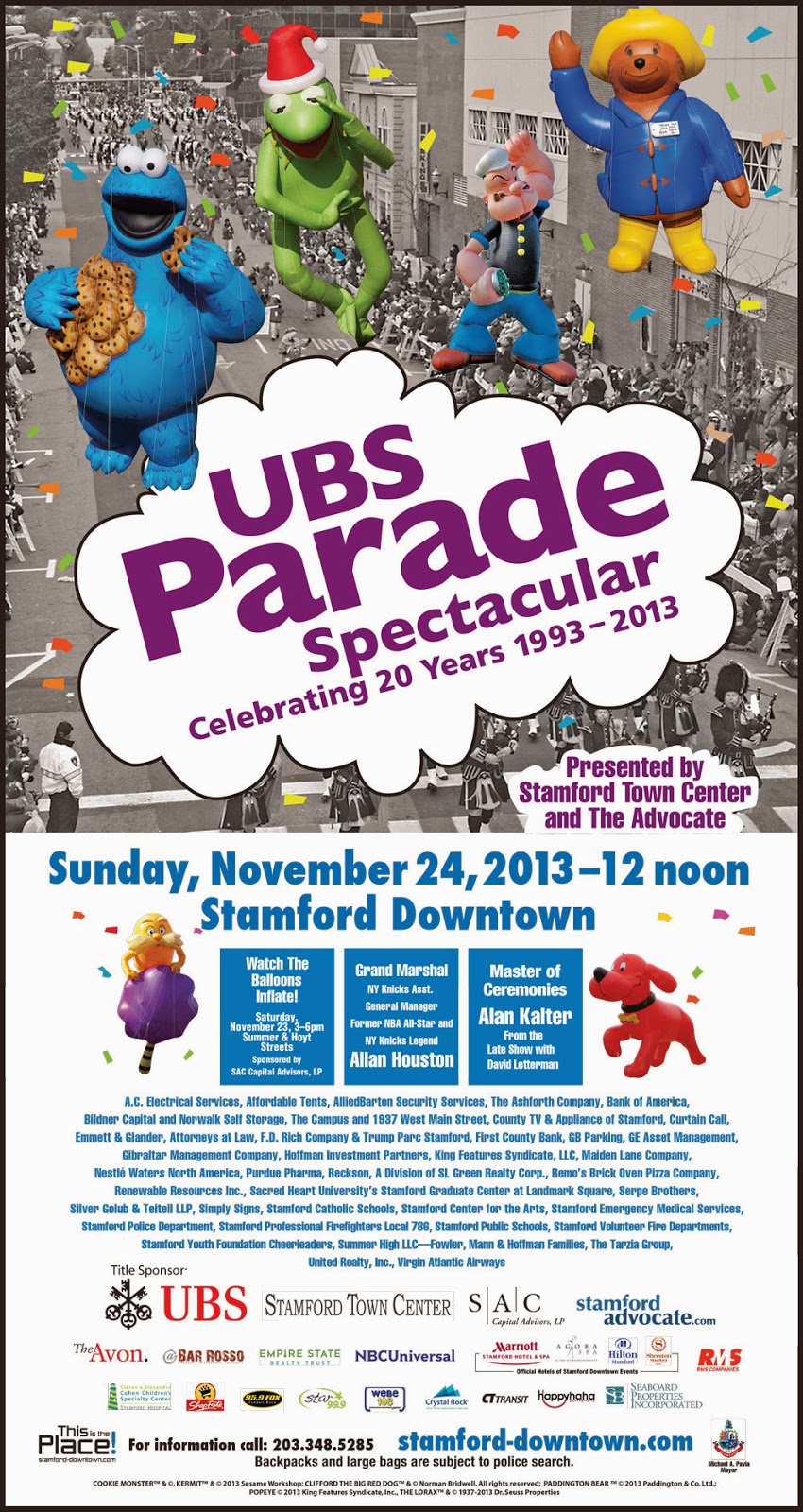 If you want to read further about the January 9, 2013 WV Chemical Spill and its aftermath, my piece is here and there's an excellent archive of new articles at the Charleston Gazette.  If you want to read about the health effects of mountaintop removal, Vivian Stockman of the Ohio Valley Environmental Coalition in Huntington WV, has compiled this archive.

Early this afternoon, dozens of activists demonstrated at UBS offices throughout the southeast. They attempted to meet with UBS branch managers in Asheville, NC; Johnson City, TN; Kingsport, TN; and Roanoke, VA, and staged a sit-in in each office to demand a meeting.  The protests are a part of Mountain Justice Spring Break, which is an alternative spring break trip where college students learn about the biodiversity, culture, and history of resistance in Appalachia.

For 10 years, Mountain Justice has worked to end mountaintop removal and support the people at the frontlines of the struggle.

Jane Branham, of Norton, VA says, “Mountaintop removal is killing people  and poisoning our future in Wise County. VA. Banks like UBS are making this tragedy possible through their investments in criminal coal companies. We demand that UBS get out of this outlaw enterprise, and stop investing in the destruction of our Appalachian mountains”.

Mountaintop removal is an extreme form of strip-mining in which coal companies blast up to a thousand feet off the top of a mountain to extract thin seams of coal.  The resulting rubble is often placed in the valley below burying headwater streams.  Over 1 million acres of forest in Central Appalachia have been destroyed and over 2,000 miles of streams have been buried by this practice.  Recent research has linked mountaintop removal to increased rates of cancer, birth defects and cardiovascular disease in communities near these mining operations.  Additionally, mountaintop removal and the process of cleaning coal from MTR sites in Appalachia has lead to catastrophic events. Most recently, a chemical used to process coal, MCHM, leaked into the Elk River and poisoned the drinking water of nine counties in West Virginia on January 9. Since that time, residents continue to have limited access to clean drinking water and suffer health impacts from the use of the tainted water.

UBS is a top funder of companies that conduct mountaintop removal such as Alpha Natural Resources, Patriot Coal, and Arch Coal.

Tyler Cannon, of Logan West Virginia delivered a letter to the Johnson City UBS office today and asked to meet with the regional manager. He said, “In communities around MTR mines, like the one I was raised in, there are increased rates of heart disease, respiratory disease, developmental diseases, over 50 percent greater likelihood of having a deadly cancer, and the life expectancy is 24 years below the national average, and if that doesn't qualify as a human rights violation, then I'm not really sure what does. So we're here to demand that this be stopped”.

UBS’s existing policy claims to “recognize the potential environmental, social, and human rights impacts of this industry sector” and take into consideration “concerns of stakeholder groups”, but UBS officials have never travelled to Appalachia to witness the impacts or met with impacted community members until Hands Off Appalachia met with UBS in November.  The policy also claims to take into account regulatory compliance, but UBS financed Massey Energy and oversaw their merger with Alpha Natural Resources even after Massey was fined $20 million by the EPA for over 4,600 violations of the Clean Water Act...

Posted by Beth Wellington at 6:54 PM