Tanner Cultural Center: A Legacy to Preserve and Celebrate 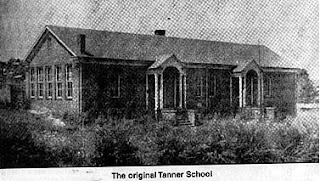 In April 2010, a tornado ripped through Newport, Tennessee, damaging the roof of the Tanner Cultural Center. Although money to conduct repairs was distributed to the City through the Federal Emergency Management Agency, according to William Isom II and Friends of the Tanner Cultural Center, the City is now talking about demolishing the center.  This despite a the National Trust’s Rosenwald Schools Initiative to save the remaining Rosenwald Schools, of which Tanner Center is one.  Not to mention the National Rosenwald Schools Conference: 100 Years of Pride, Progress, and Preservation to be held at Tuskegee University in Alabama June 14-16, 2012.

We need to ask that the City of Newport act as responsible stewards for this beloved community space of such great cultural significance. Won't you join me before January 10 by writing Scott Collins newportadm@newporttn.org or calling 423-623-7323 ext 18 and asking that the City of Newport instead proceed without further delay on the needed repairs and clean up of the center. (Please send a cc of your email to Issom william@800northfourth.com.)

Constructed in 1924, as a Rosenwald School with local funds and a donation from Sears-Roebuck magnate Julius Rosenwald, to serve the educational needs of the Black students in Cocke County, the Tanner Building is special because of its status as a surviving East Tennessee Rosenwald School and its utilization as a community space for the Black and rural populations of Cocke County.

There are many surviving alumni of the Tanner School living and working in the neighborhood in which the building is based. Groups that have been displaced from this structure include; AA, Families First, East Tennessee Human Resource Agency, Clean Water Expected in East Tennessee, Community House Cooperative, Head Start, The Farmers' Market, and Veteran's Affairs to name a few. The building also provided meeting space for other groups, community events and computer lab access to the neighborhood.

As noted in the the Cocke County Heritage Development Report from 2008 conducted under the direction of Dr. Carroll Van West, the school is a "legacy to be preserved and celebrated."
Posted by Beth Wellington at 4:46 PM