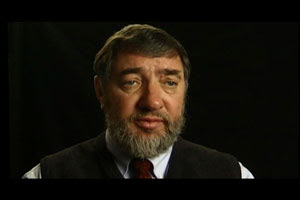 The above picture is of whistleblower Jack Spadaro from Sludge, Appalshop's 2005 documentary by Robert Salyer.

If you come at 7:00 p.m. to Virginia Tech's 3100 Torgersen Theater on some upcoming Wednesdays, you will be able to attend a free, public showing of a series of documentaries sponsored the the student group, Mountain Justice, in conjunction with the Appalachian Studies Program. For more information email Joan Kark or call her at 540-921-4055.

Salyer will be on hand February 15. Filmed over four years, Sludge chronicles the aftermath of the October 11, 2000 Martin County Kentucky coal waste spill, Spadaro demotion for refusing to sign on to a whitewashing of the spill by MSHA and the threat of the over 235 coal sludge impoundments throughout the region.

But first, this Wednesday, February 8, see excerpts from three earlier Appalshop films and listen to a discussion by Associate Professor Sam Cook from Tech's Center for Interdisciplinary Studies:

The first two films examine the 1972 Buffalo Creek flood which killed 125 people and left 4,000 homeless in in Logan County, West Virginia. The last film is a history of early efforts in Eastern Kentucky to stop stop stripmining.

Then on February 22, filmmaker Jeff Barrie will lead a discussion after a showing of his 2004 documentary, Killowatt Ours, which explores the consequences of a coal-based economy and demonstrates practical solutions that individuals can take to create a "net zero nation". And on April 12, there will be a showing of Catherine Pancake's 2005Black Diamonds, which charts the increase in large mountaintop coal mines and their environmental and social consequences.

By the way, Vivian Stockman of the Ohio Valley Environmental Coalition, has her report on the effects of mountaintop removal available at the group's site. The group also has an archive on Jack Spadaro's case.

On October 11, 2000, the date of the Martin County spill at Inez, Kentucky, officials at Martin County Coal, a subsidiary of Richmond-based Massey energy, convinced the local sheriff to block the roads and keep the press out. In contrast to its quick coverage the Sago disaster, the New York Times' first story, Peter T. Kilborn's "A Torrent of Sludge Muddies a Town's Future" appeared on December 25. Mother Jones didn't write about it until its March/April 2002 issue. But I was at the Highlander Center for the annual Southern Appalachian Writer's Cooperative meeting and so heard about it right away. And I knew about Inez, because my friend John had left to work there and I had been online trying to find him accomodations.

Suits fail because of cover-up

Five years later, as the statute of limitations was running out, Attorney John Kirk filed one last lawsuit on behalf of 20 people against Martin County Coal, a subsidiary of Richmond-based Massey Energy, saying that sludge remains in the soil despite a 46 million-dollar cleanup. Another lawsuit Kirk has pending is on behalf of another 25 individuals. More than 400 people who took part in similar lawsuits have reached out-of-court settlements, in which they promised not to release the terms. The Lexington Herald-Leader editorialized on the last of those settlements in September:

Sparks relied heavily on a whitewashed federal report in reaching his decision to disallow punitive damages for owners of property that was buried under sludge....

U.S. attorneys were on hand at the Martin County Courthouse last week -- not to be sure all the facts came out, but to try to block testimony by Spadaro and a government-hired private engineer who discovered that only 5 feet of earth, not the 70 feet claimed by the company, buffered the impoundment in places.

With the judge and federal lawyers against them, the property owners decided to take the confidential settlement offered by the company rather than let a jury hear their case.

While I don't have copies of the stories I filed on Martin County on hand, there's my draft of the story I wrote on Spadaro whistleblowing on the sludge spill for the New River Free Press in June of 2004 reprinted as my next entry.
Posted by Beth Wellington at 4:35 PM