Amy Goldstein: Janesville and the Evisceration of the Working Class 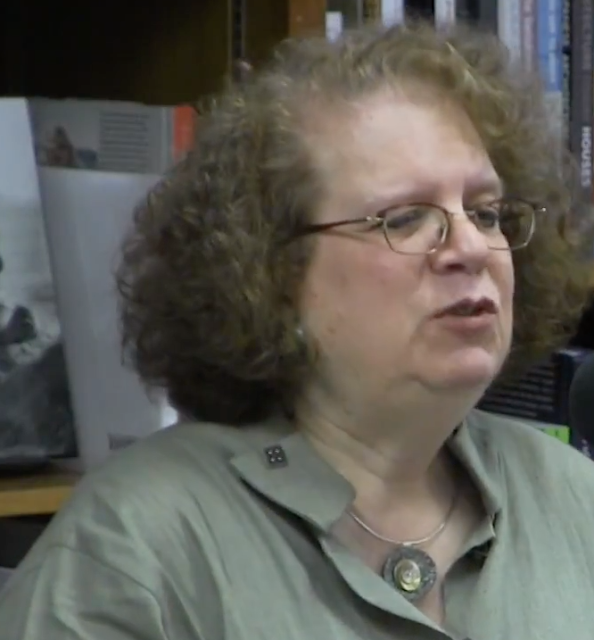 Screen shot of Amy Goldstein's talk at Politics and Prose.


Washington Post reporter Amy Goldstein is at Virginia Tech today as part of the Community Voices series, talking about Janesville (Simon and Schuster, 2017),  her book on the evisceration of the working class in Wisconsin and the United States. Goldstein won a Pulitzer Prize in 2002 as part of the team that covered 9-11 and its aftermath.

I attended the lunchtime interactive roundtable discussion at GLC (Graduate Life Center) and I was struck by the contrast between her outsider approacher (she says an "oldtime" journalist there said it took an outsider to write this book) and the approach of her fellow Nieman Foundation for Journalism at Harvard fellow, Beth Macy, who wrote a similar book in Factory Man (Hachette, 2014), as a journalist deeply imbedded in her community.

I think Goldstein and Macy share an approach towards interviewing, although I am struck that there are times that Beth has said that ethically she was willing to pass on a story. Also, Beth is willing to make her self a character in her books, whereas Goldstein maintains her journalistic distance, which Beth used only in her newspaper stories.  Beth Macy tells me that in Factory Man's she cites (in the end notes] Goldstein's work on Pew Center survey about how the recession was only being covered top down—the fact that few bothered reporting from smaller communities harmed most by globalization and technology.

The person who introduced the speaker had an interesting comparison between Janesville and the auto industry and WV and the coal industry, in terms of some folk's reaction to the demise of a longtime employer.

I also attended a 2 - 3 pm interview with Goldstein.  From 7-8, she gave an evening talk,  "Reflections on Janesville: An American Story" in Squires.

Once they are read, there will be recordings of all three sessions here, thanks to Andy Morikawa.
Posted by Beth Wellington at 8:54 PM