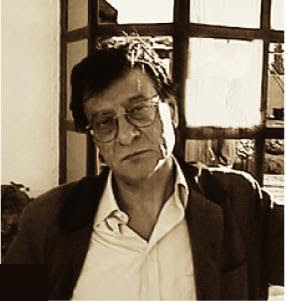 If you had considered the face of your victim
And thought about it, you would have remembered your mother in the
Gas chamber, you would have freed yourself from the rifle's logic
And you would have changed your mind: this is not how
One reclaims an identity

Sadly, Palestinian poet Mahmoud Darwish died too young on August 9, 2008 at the age of 63, following surgery to correct a heart defect. And although he was proclaimed as the Palestinian national poet, he told Dalia Karpel of Haaretz in a 2007 interview concerning his return to Haifa for a poetry reading,

I would not want to appear as a patriot or as a hero or as a symbol. I will appear as a modest poet....The symbol does not exist either in my consciousness or in my imagination. I am making efforts to shatter the demands of the symbol and to be done with this iconic status; to habituate people to treat me as a person who wishes to develop his poetry and the taste of his readers.

He also said, of the role of poetry,

I believe in the power of poetry, which gives me reasons to look ahead and identify a glint of light. Poetry can be a real bastard. It distorts. It has the power to transform the unreal into the real, and the real into the imaginary. It has the power to build a world that is at odds with the world in which we live. I see poetry as spiritual medicine ... I have no other tool with which to find meaning for my life or for the life of my nation ... I built with words a homeland for my nation and for myself.

You can listen to Darwish read his poems here at his website. There, you can also read about him here and here. He has a section, along with other international poets at UniVerse. And here are links to poems from Poetry Connection:

Posted by Beth Wellington at 8:08 PM