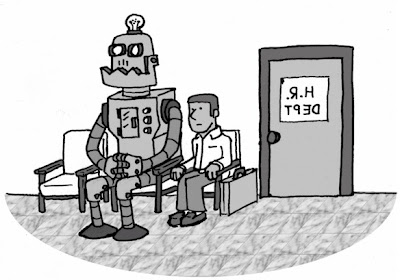 "I don’t stand a chance. He won’t need any health insurance."

Cartoon at the blog for the Center for Law and Social Policy (artist not listed; caption by Victor Elias, a Senior Associate at the Child and Family Policy Center in Des Moines, IA.)

August 20, the Commonwealth Fund released its new report, Losing Ground: How the Loss of Adequate Health Insurance Is Burdening Working Families. Using data from four years of the Commonwealth Fund Biennial Health Insurance Survey (2001, 2003, 2005, and 2007), the report looks at the health insurance status of U.S. adults under age 65 and the implications for family finances and health care access.

A perfect storm of negative economic trends is battering working families across the United States. The federal minimum wage is now three dollars an hour lower, in real terms, than it was 40 years ago; gas and food prices are soaring; home values are declining; growth in health care costs is far outstripping income growth; and people are increasingly going without the protection of health coverage—nearly 9 million have lost their health insurance since 2000. Families are facing financial crises and are forced to make hard choices among life's necessities, often sacrificing health care and health insurance along the way.

...Insurance coverage deteriorated over the past six years, with declines in coverage most severe for moderate-income families. The share of insured adults who spend more than 5 percent or 10 percent of income on health care and insurance rose across all income groups between 2001 and 2007. As a result, the number of underinsured adults (i.e., those with health coverage that does not adequately protect them from high medical expenses) climbed to 25 million people in 2007, up from 16 million in 2003.