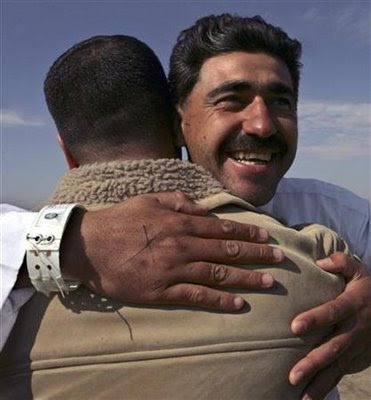 Photo by Thaier al-Sudani of Reuters.

Ali al-Mashhadani must think this is getting old. Arrested by U.S. military forces for the third time without being charged, he was in the Green Zone in Baghdad on July 26 to renew his press card so that he could continue his work for Reuters, the BBC and NPR.

The U.S. released the 39-year-old journalist without charges August 21. A spokeswoman for the Multi-National Forces-Iraq had told the Committee to Protect Journalists that al-Mashhadani security risk and that his case would be reviewed within a seven-day period that began on July 29.

And this is not an isolated case, as documented by the Committee.

Posted by Beth Wellington at 10:02 PM