Google, does this really look like a spam blog to you? 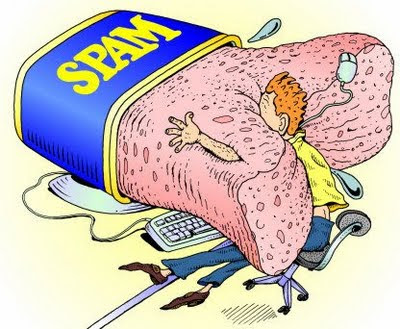 (Don't know the original source of this illustration, but it comes from Wilson Library Reserve and Periodicals at the University of Minnesota Libraries.)

Thanks to all of you who emailed or posted comment of moral support and advice via email and facebook. Don't know if it's coincidental, but Google unlocked The Writing Corner today, after I wrote Trudy Cederman at 7:35 last night. It was no easy task to find a real person at Google, but she was the listed contact on a sign-up form for a usability study serendipitously posted five hours earlier--just a day after I noticed my blog was locked. I had also tweeted @blogger.

WTF? It's hard to use new media for journalism when Blogger's bots or perhaps a malicious complaint can freeze you up for 48 hours or more as a "spam blog." One wonders, dear readers, whatever algorithm Google possibly could develop which would make the Writing Corner appear rife with " irrelevant, repetitive, or nonsensical text, along with a large number of links, usually all pointing to a single site." (Imagine the preceding sentence in the voice of Ms. Manners.)

I had been to my blog last on September 22, when Heather McHugh won a McArthur genius grant. Upon going to my dashboard two days later to finish the post, I found myself locked out and alarmed by the warning that failure to respond would result in my blog's deletion in 20 days (What if I had taken a trip to the land beyond internet--it does exist--the former "don't be evil" corporation would delete years of work on the advice of a robot?)

After requesting that lock be removed, Google flashed this message on my screen:

Blogger's spam-prevention robots have detected that your blog has characteristics of a spam blog. (What's a spam blog?) Since you're an actual person reading this, your blog is probably not a spam blog. Automated spam detection is inherently fuzzy, and we sincerely apologize for this false positive.
We received your unlock request on September 24, 2009. On behalf of the robots, we apologize for locking your non-spam blog. Please be patient while we take a look at your blog and verify that it is not spam.

My friend Joe in Texas quipped on fb:

your blog is probably not a spam blog since tou are anactual person reading this"...but since we arent actual people or at least our bosses arent actual people we cant give you a good idea when this will be resolved. Bear with us while we attempt to reach senior management who are in bankruptcy proceedings. Your call will be answered in the order it was received unless after an hour we decide you are a blam spog.

This call is being monitored for quality assurance.

Thank you for choosing us..we are sorry you didnt have much choice.

Of course, I do have a choice, and backed everything up to wordpress. I would consider moving there permanently, but it appears to me that Google, however unfairly, gives a higher rank to its own Blogger platform. Besides, I already had to migrate from Yahoo in January 2008 which stopped supporting its platform (which I used because I was familiar w. the email program and started blogging "accidentally" when my friend John Dufresne went on vacation and I had no place to post the links I had saved for his blog.) Since part of page rank depends on longevity, I'm loathe to move again to wordpress.com, although I've backed up the yahoo entries, so maybe it wouldn't be a problem? Friends advised I get my own domain, but honestly, I'm a writer, with no staff, and John has his blog at his own domain wiped out since I started reading him.

email to the team so that they can investigate the issues.

At her request, I have deleted her email address from this post.
Posted by Beth Wellington at 12:05 PM