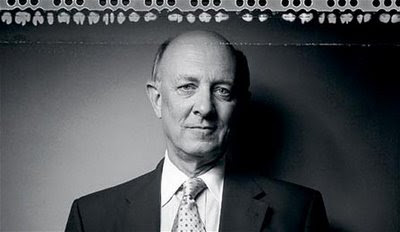 Listened tonight on NPR to a rebroadcast of former CIA Director and neoconservative green James Woolsey speaking at the City Club of Cleveland on October 24, 2008 on "How Our Energy Policy and Dependence on Foreign Oil Affects National Security." Here it is on YouTube (broken into six segments):

He says that the improvement in batteries for plugiin hybrids has the promise of making dependence on oil moot. (Of course he'd still drill offshore, build nuke plants and sequester CO2, etc.)
Posted by Beth Wellington at 11:32 PM