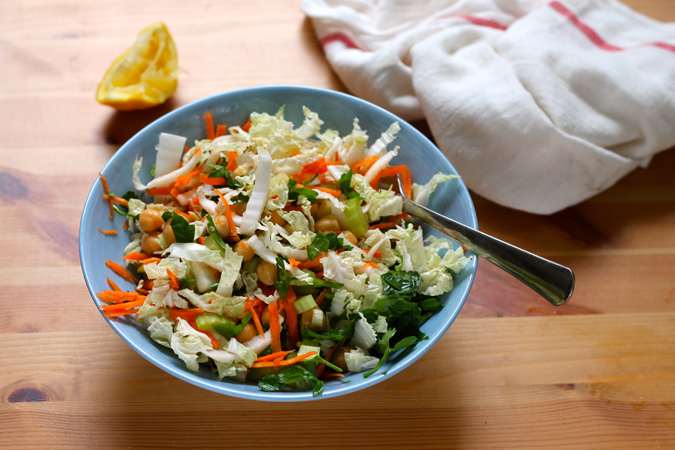 Katie Trant suggested a recipe that I've adapted to my taste by marinating in a dressing and topping with toasted sesame seeds, adding ingredients from Glade Road Growing's farm share for week of June 16 (which is expected to include: sugar snap peas, napa cabbage, summer squash, garlic scapes, and lettuce.

1.  The night  prior or at least two hours before serving, cover one pound of garbanzo beans in cold water and bring to a boil in a heavy bottomed lidded pot..  Rinse on bring to a boil a second time and simmer for 5 minutes and then leave to soak for at least an hour or overnight.  Rinse again , cover with water, boil, then simmer until soft. Rinse in cool water. This will make about 6 cups of beans.  You will use half of them for this salad and reserve the rest in a covered jar in the refrigerator to make hummus.

2.  In a seasoned cast iron skillet toast  at least 2 tablespoons of  raw whole sesame seeds until they brown and start to pop.  If you toast more than you need you can store them in a covered jar in the refrigerator and use to make hummus or as a garnish for salads, soups and entrees.

4. In the bottom of a large salad or mixing bowl, to make dressing, whisk together with ginger root:
1 tablespoon of maple syrup or demerara sugar
1 1/2 teaspoons toasted sesame oil
1 tablespoon of miso paste
1/4 cup of your favorite vinegar
1/8 teaspoon of red pepper flakes

5.  Cut   2 lemons or limes cut into wedges for garnish

6.  Add veggies, sesame seeds and garbanzo beans and toss to coat.  Let marinate in refrigerator for at least 1/2 hour to combine flavors. 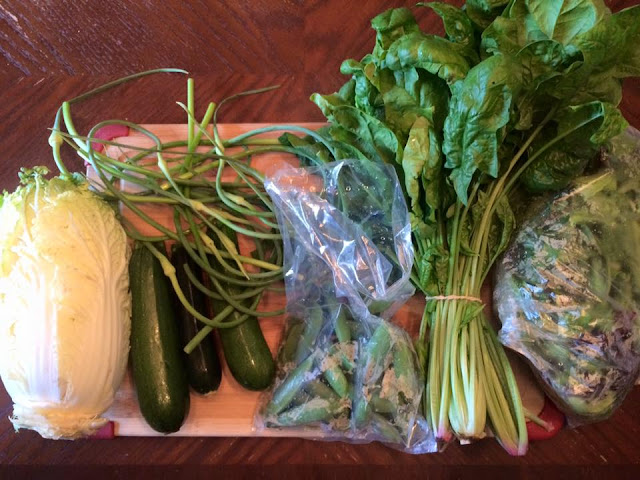