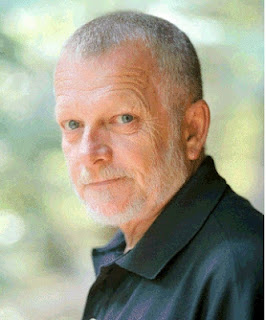 About to drive into DC to Thurgood Marshall Center for Service and Heritage (1816 12th Street NW) to register for the third biennial Split This Rock Poetry Festival (Poems of Provocation  and Witness) before heading over to a Tribute to Sam Hamill & Poets Against War at the True Reformer Building (1200 U Street NW) with Sarah Browning, Martín Espada, Sam Hamill, and Marilyn Nelson a 2:00 p.m.

Before there was Split This Rock, Sam Hamill brought us Poets Against War. Join us as we pay tribute to this visionary man and the life-changing movement he launched. An outspoken political pacifist, in 2003, declining an invitation to the White House, Hamill founded Poets Against War, compiling the largest single-theme poetry anthology in history, and galvanizing tens of thousands of poets to speak for peace. Sam Hamill also co-founded, and for 32 years was editor at, Copper Canyon Press, one our most influential poetry presses. The author of more than 40 books of poetry, essays, and translations, Sam Hamill is a model for the poet as public citizen. Poets who are activists in Split This Rock and the Poets Against War movement will read their own poems inspired by Hamill, followed by Hamill reading his own poems of provocation and witness.

UPDATE:  On June 19, Blog This Rock posted a transcript of the tribute to Hamill by one of my favorite poets, Martín Espada and another from June 25 with poet and translater William O'Daly.

And I hope to catch the last part of the 11:30 to !:00 p.m. presentation on "Poetry as Activism, Activism as Poetry: Poetic Interventions in the Public Sphere" by Ken Chen, Jennifer Karmin, Philip Metres, Mark Nowak, and Jonathan Skinner in the True Reformer Board Room:

How can poets mobilize poetry as a change agent? These poets demonstrate the ways that the arts can contribute to the defense of the environment, workers, and oppose war. Philip Metres will discuss the ways in which projects such as Peace Show (Cleveland) and the “Stories of War and Peace oral narratives project” have become counternarratives to war. Jonathan Skinner will present how engaged poets have responded to environmental catastrophe, in particular, poets' responses to the 2010 BP deepwater well blowout in the Gulf of Mexico. Jennifer Karmin will present images from her street performances Revolutionary Optimism and 4000 Words 4000 Dead. Ken Chen will talk about his activism and work around the Asian-American Writers workshop. Finally, Mark Nowak’s "Imaginative Militancy and Trade Union Poetics" will examine his collaborations with global trade unions in recalibrating the role of the poetry workshop.

I just wish I could clone myself as there are plenty of other offerings going on simultaneously. For instance, over at Hamiltonian Gallery (1353 U Street NW), a new venue this year, Minnie Bruce Pratt, Lisa C. Moore, and Dan Vera are talking about Political Publishing: Building Community, Solidarity, Liberation

All political liberation movements must struggle to bring forward suppressed ideas. This was true in 1847 when Frederick Douglass first published the abolitionist North Star, and is still true in 2012 as the NYPD arrests the operators of Occupy Wall Street’s livestream. Three publishing veterans will speak about their struggles, strategies, and successes, ranging from the 1970s through today, in bringing political art to public spaces. They’ll ask audience members to share their experiences and new developments in political publishing.

More events follow at various venues with featured evening readings in the auditorium at Carlos Rosario International School (1100 Harvard Street NW).  Tonight's is Douglas Kearney, Kim Roberts, and Sonia Sanchez, to be followed by an open MIC reading at Bus Boys and Poets (2021 14th Street NW at the corner with V Street).

Hope to see some of you there!
Posted by Beth Wellington at 12:42 PM