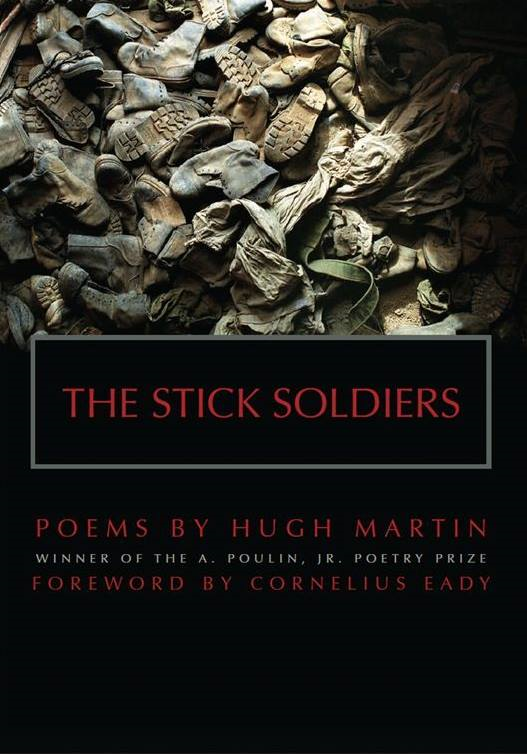 Robin McCormack's book challenge continues. (Reports are due every Sunday.)  This week a poetry book about the war in Iraq comes with my highest recommendation.


Hugh Martin signed on with the Army National Guard in June 2001 for a standard six-year hitch.  The twin towers of the World Trade Center came down in September.  By 2003, he was attending Muskingum University in New Concord, Ohio.  In an essay for the New York Times ten years later, he writes,


The war began for me while I was sitting on a couch in a living room. Like many people, I watched it all commence on television. At a friend’s house on campus, I sat with a few college friends and drank Bud Ice from bottles. We weren’t drinking beer because of the war; we were drinking simply because, being in college, it was something we often did. White smoke from an explosion would burst up from the cityscape of Baghdad as the sound echoed through the dark. Yellow tracers from antiaircraft fire sprayed randomly into the sky. The ticker on the bottom of the screen euphemistically summarized what was happening (while adding some alliteration and a subtle rhyme): “Large explosion rocks Iraq’s capital.”


By 2004, Martin was withdrawing from school, when his unit deployed to Iraq. These poems recount his time in basic training, his preparation for Iraq, his experience withdrawing from school, his time in country and his return home to Ohio. Hugh Martin went on to finish his degree on Muskingum in 2009,  obtained an MFA from Arizona State University in  2012 and that fall became a Stegner Fellow at Stanford University.  This month, he started  as a lecturer in the English Department at Gettysburg College in Pennsylvania.
Posted by Beth Wellington at 9:32 PM