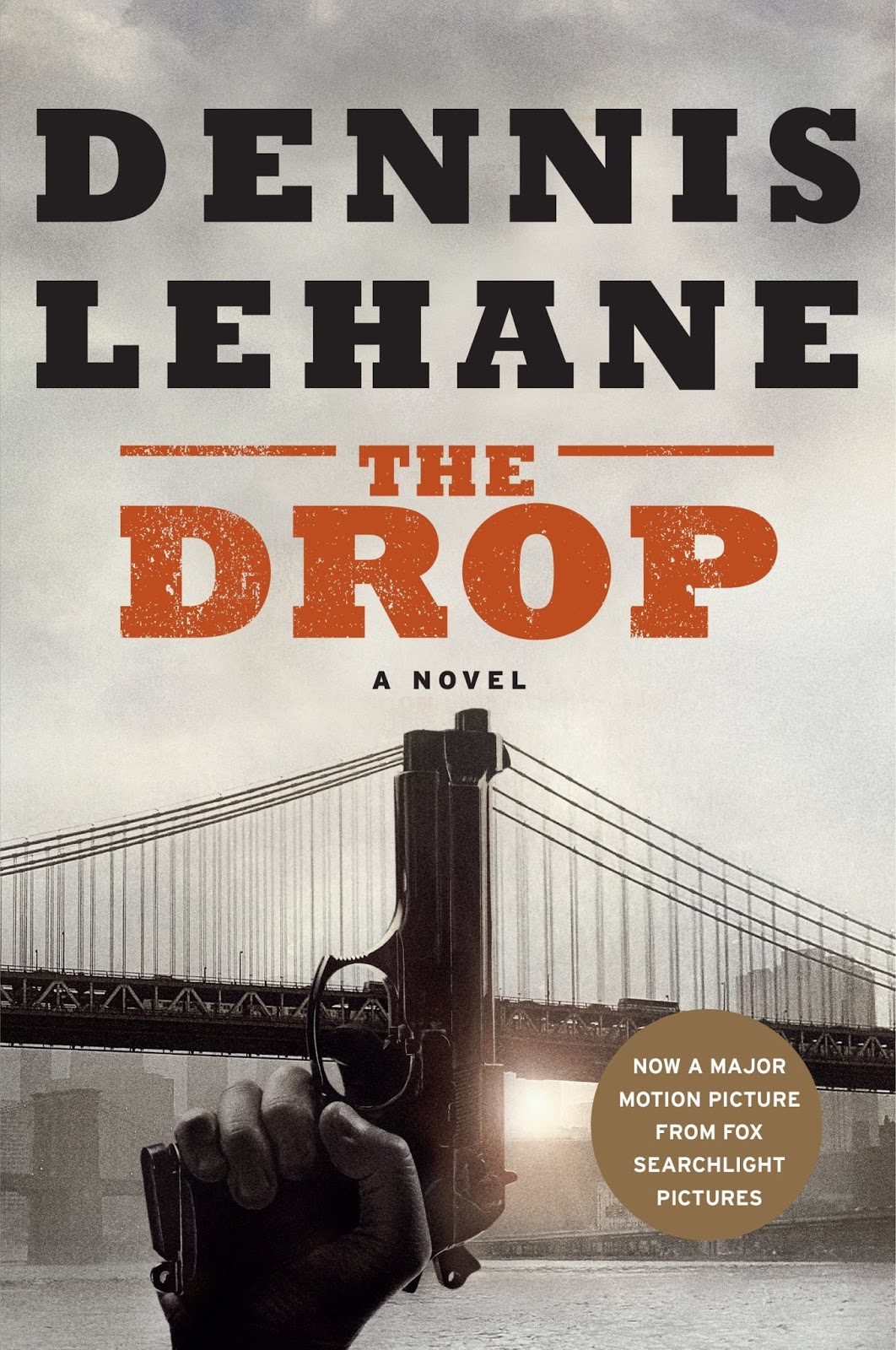 Robin McCormack's book challenge continues. (Reports are due every Sunday.)

Like many of Lehane's novels, including Mystic River, The Drop is set in working class Boston and is a crime novel which delves deeply into the psychology of its characters. Unlike his other novels, The Drop started as the first chapter of what Lehane calls a "failed novel," which he used as as the basis for his short story, "Animal Rescue"  published in the anthology Boston Noir.  After writing for HBO's The Wire, Lehane was asked to expand the short story into a film, The Drop--James Gandolfini's last release also coming out this month--and then asked if it might also be a novel.

The story is of  Bob, who tends bar for the Chechen mob and whose lonely life changes after he adopts an abused pitbull puppy, which he names Rocco after the patron saint for "bachelors, pilgrims and dogs."

Posted by Beth Wellington at 10:35 PM