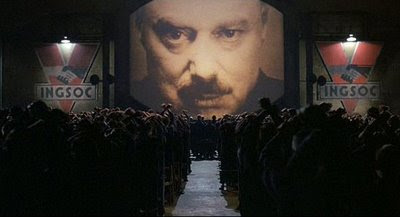 R. Jeffrey Smith writes in "A Last Push To Deregulate: White House to Ease Many Rules" for tomorrow's front page of the WaPo:

The White House is working to enact a wide array of federal regulations, many of which would weaken government rules aimed at protecting consumers and the environment, before President Bush leaves office in January.

The new rules would be among the most controversial deregulatory steps of the Bush era and could be difficult for his successor to undo. Some would ease or lift constraints on private industry, including power plants, mines and farms.

Those and other regulations would help clear obstacles to some commercial ocean-fishing activities, ease controls on emissions of pollutants that contribute to global warming, relax drinking-water standards and lift a key restriction on mountaintop coal mining.

Once such rules take effect, they typically can be undone only through a laborious new regulatory proceeding, including lengthy periods of public comment, drafting and mandated reanalysis.

Power's October 29 WSJ's blog entry, "White House Signals It's Flexible on Deadline for New Rules" emphasizes Livermore's charge that Bush is reversing a previous promise to have regulations in place by November 1, as well as Livermore's October 28 piece in Grist, "Bush administration missed its own memo." Livermore includes links to documents on how the administration has pushed back its promised deadline and to the October 27 post at The Pump Handle ( a blog on public health and the environment), "Bolten’s Memo on Midnight Regs? Ignore it. ? " which broke the story on the deadline reversal and some of them. Livermore is co-author with Richard L. Revesz (email) of Retaking Rationality: How Cost-Benefit Analysis Can Better Protect the Environment and Our Health (Oxford University Press, 2008). See also his report for NYU, The Cost-Benefit Compass, which provides the background to understand how cost benefit analysis can be used to give weight to human as well as business concerns.

The OMB Watch Blog, RegWatch, can help keep you apprised of developments in this area.

In an executive order published last week in the Federal Register, Mr. Bush said that each agency must have a regulatory policy office run by a political appointee, to supervise the development of rules and documents providing guidance to regulated industries. The White House will thus have a gatekeeper in each agency to analyze the costs and the benefits of new rules and to make sure the agencies carry out the president’s priorities. This strengthens the hand of the White House in shaping rules that have, in the past, often been generated by civil servants and scientific experts. It suggests that the administration still has ways to exert its power after the takeover of Congress by the Democrats.