Dear NPR: Clinton is Not Within 200 Votes 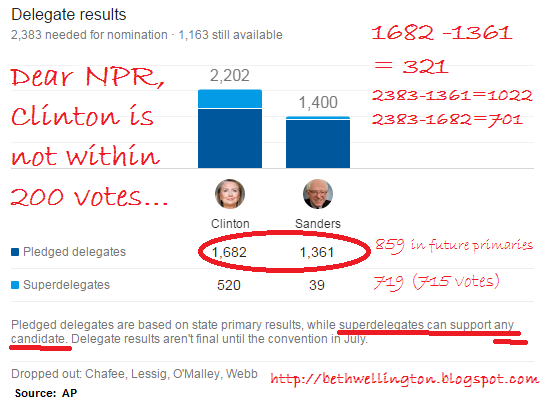 All along, Sanders supporters have been complaining that the mainstream media had annointed Clinton as the Democratic candidate for US President in 2016.  There had been calls for him to drop out, even a story in the New York Times that he was dropping out.

Sanders win last night in Indiana didn't put a stop to this trend. While NPR's Ron Elving (Senior Editor and Correspondent, Washington Desk) gave Sanders "another round," he went on to say that "Clinton is within 200 delegates of a majority" which, of course, counts her superdelegates, which are free to jump ship at any time, unlike the pledged delegates from the primaries.

Meanwhile, there seems to be some difference in the pledged count, as you can see below: 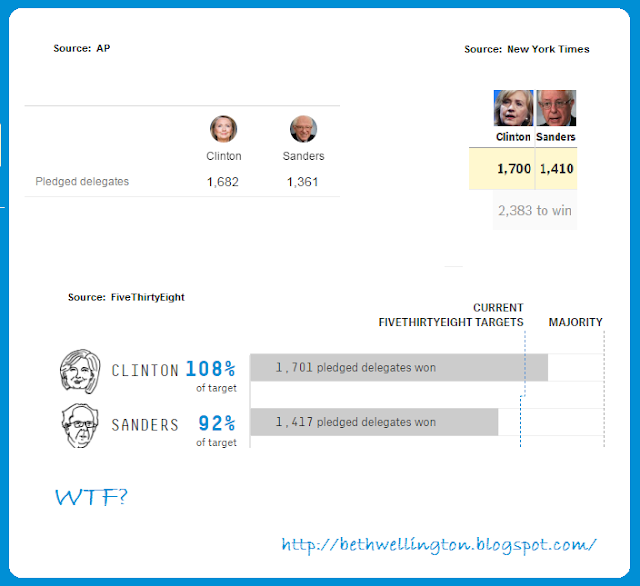 Posted by Beth Wellington at 11:47 AM