When All Else Fails with The BLM Try Street Theater 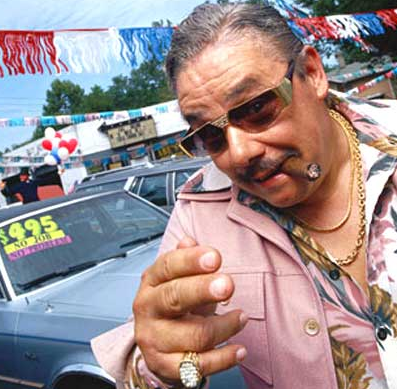 Photo I cropped from one that appeared at a  2007 article at The Consumerist, "3 Confessions from a former Used Car Salesman." This post at 6:27 p.m. is a first draft to get the news out on tomorrow's protest against the BLM "auction" to Peabody Coal. I revised it at 7:37 p/m. but will be adding other links, so y'all come back, now!

As I wrote in a June 25 update to my original post on June 22,  Eilperin reports on the investigations of BLM "auctions" and also on  The Great Giveaway: An analysis of the United States’ long-term trend of selling federally-owned coal for less than fair market value by Tom Sanzillo (email) published by the Institute for Energy Economics and Financial Analysis on June 25.  Today, even on vacation,  She she tweeted and sent to fb  a link to the June 25 letter to Interior Secretary Salazar, signed by the Greenpeace, along with 21 other groups.  You can follow her @eilperin.

Unfortunately, Eilperin had a mainstream media "exclusive," although criticism of the BLM has been going on for years. If you were to look for coverage of the June 28 "auction" of coal leases to Peabody, you would find it on the websites of environmental groups and public interest law firms. For instance, Joe Smyth (email), of Greenpeace, wrote about the the BLM's coal leasing program on June 22. Theo Spencer (email) got something up on the NRDC on June 25 (after Eilperin's story appeared.)

And it's not just national media.  If you check the daily in Cheyenne, the last article appears to be "Coal leases could bring state billions" by Becky Orr (email) 3/23/2011, when Ken Salazar arrived to announce the leases, accompanied by Gov. Matt Mead, at a news conference at "Cheyenne's new South High School...one of many in Wyoming built with state money from mineral revenues."

That coverage kinda sounds like the stenography I've read by some "journalists" in Appalachia.  At least in West Virginia we have environmental journalist Ken Ward, Jr. and business writer Paul Nyden of the Charleston Gazette and  energy reporters Pam Kasey and Taylor Kuykendall of the State Journal to provide some nuance on the downside of the industry. And we have other good journalists in Bristol, Roanoke, Knoxville and Lexington, KY and in Pittsburgh, PA.

So what are folks to do to stop the BLM auctions in Cheyenne? As I reported, the BLM has continued helping Big Coal, despite  GAO criticism and lawsuits dating back for years.  And BLM is also a friend to the oil and gas companies: Tim DeChristopher is in jail, after successfully bidding at an oil and gas lease auction of 116 parcels of public land in Utah's redrock country.

What are folks to do?  Out west, they've decided on ridicule.

Bryce Carter--who attended Virginia Tech--is now in Colorado with the Sierra Club. Even in face of the wildfires, he's working with Gina Hardin one of the activists on Coal Swarm's No New Coal Plants and Micah Parkin of 350.org and Kristin Owen Reay of High Country Rising Tide on a piece of street theater: "Get Rich Quick at Public Expense." If you happen near enough that you can join them, email Hardin at ginahardin@msn.com or call (303) 525-3076 or fax (303)539-3978.

Hardin tells me that at 8:30 in the morning tomorrow, June 28th, citizens will converge on the Bureau of Land Management Office in Cheyenne, WY to protest the fire sale of coal to benefit highly- profitable fossil fuel companies and foreign markets.

Some will dress up as used car salesmen and as Vanna White of Wheel of Fortune. Others will greet the BLM staff and its visitors holding a banner that reads “Coal Sale Happening Now: Get Rich Quick at Public Expense.” Other will dispay signs highlighting how the BLM sells leases to coal companies for a little over a dollar per ton for coal, which is then exported to Asia for close to $100 per ton.

All will urge the suspension of the day's "auction" of hundreds of acres and a moratorium of the BLM Powder River Basin coal auctions as a whole, until a comprehensive review and overhaul of the coal leasing process is completed. Besides the groups mentioned, other allies include WildEarth Guardians (who joined Sierra Club in suing the BLM), Jews of the Earth, Greenpeace and CO-FORCE. And of course, you'd don't have to be a member of a group to join in.

Of late, some direct actions against coal in Appalachia have been serious affairs, featuring lockdowns and sit-ins in Congressional offices. Next month RAMPs will plans to shut down a mountaintop removal site.

But, we have a tradition of street theater here, too.

Most recently United Mountain Defense showed up as coal zombies. Klu Klux Klowns of Mountain Justice ridicule the other KKK. The Southern Climate Convergence dressed up as polar bears suffering from the effects of greenhouse gases in Asheville. And Blue Ridge Earth First has sing Christmas coal carols at banks which fund mtr, long before the astroturf group Faces of Coal came up with their own lyrics.

Yesterday, media in Ohio did a good job of covering first-time civil disobedient Madeline Fitch's lockdown to protest fracking. In Ohio, unlike WV, KY, VA and TN, direct action may still be novel. And fracking seems to have more traction than coal protests.

So, I'll be interested to see what Orr and her fellow writers come up with, if anything, to cover tomorrow.

Posted by Beth Wellington at 6:26 PM