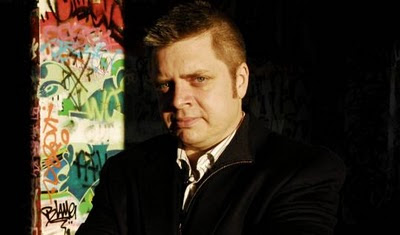 
Tomorrow night our book group will be discussing this year's Pulitizer Prize winner in fiction, Tinkers, by Paul Harding. I highly recommend it. BTW, here's some interesting trivia on the book.

*It's the first novel from a small press to win the Pulitzer since A Confederacy of Dunces did from Louisiana State University Press in 1981. (and LSU Press had been around for a lot longer Bellevue Literary Press--a five-year old publisher affiliated to New York University's school of medicine. LSU had published O'Toole's book 11 years after his suicide at the behest of Walker Percy.)

* When Harding won, no one called to tell him. He found out by logging onto the Pulitzer site to see who had won according to Geoff Edgers (email) of the Boston Globe.

*the NYT failed to review it, unlike The Los Angeles Times, The New Yorker and The Boston Globe. The book had sold 7,000 copies before the Pulitzer announcement.

*According to The Pulitizer Prize First Edition Guide website, reports are that the publisher originally intended to publisher the book only in softcover, but then decided to publish both the softcover and hardcover simultaneously.

*Filgate has a great interview with Harding at BookSlut and a review at Quarterly conversation.

* A few days after Harding received the prize, the Guggenheim Foundation announced he had received one of its prestigious fellowships.

*Harding took six years to earn his undergraduate English degree from the University of Massachusetts, Amherst.

*After college he was a drummer for a rock band Cold Water Flat which got its start at Amherst. The members recorded two albums and toured Europe and then broke up due to "creative differences."

*Upon the band's break-up, Harding studied with Marilynne Robinson (Gilead) in a summer writing course at Skidmore College. He used an earlier version of Tinkers in his successful application to attend the University of Iowa MFA program in creative writing program.

*The story’s genesis came from Harding’s maternal grandfather's whose epileptic father abandoned the family when the grandfather was twelve after he learned that his wife planned to send him to an asylum. Harding apprenticed with his grandfather in clock repair. Harding told Filgate,

The novel sort of rose out the half-dozen, handful linchpin premises that are based in fact. And they're basically family stories. But my grandparents, I could never get them to talk about them. They were both form northern Maine. Very, very impoverished. A traumatic, difficult life there. His experience was "I made it out of the woods and what happened in the woods, stayed in the woods."

So I just took those one or two sentence premises and tried to imagine the sentence before and the sentence after until the fictional material hit its own critical mass, its own momentum, and took over. I imagined it all and just kept writing until they started to overlap together.

*Harding taught expository writing to undergraduates at Harvard (but the university cut back on his classes and he went on unemployment.) He had also taught creative writing to students at night school.

* Although Harding wrote the novel on a laptop, when it came time for the final editing, he printed it up and laid it out on the living-room floor and then cut, stapled and taped the document into its final form, according to Motoko Rich of the NYT.
Posted by Beth Wellington at 8:13 PM